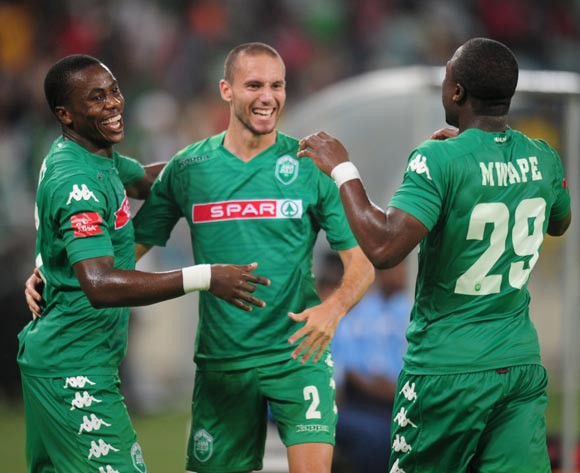 Although the win doesn’t mean much in terms of Usuthu’s standings on the log as they’re still sitting at the bottom of the log with 16 points from 22 matches, their morale has benefitted a great deal.

The loss for Wits means the Students’ title hopes are slightly dented as this is their second loss in two games, and are now placed at the third spot with 40 points.

Steve Barker’s men started like a house on fire as they gave the visitors no chance to settle in the game.

They made a bright start when G. Dlamini’s header went over in the first few minutes whilst Ntuli’s shot was blocked.

In the 20th minute, defender, Mabizela converted Marc van Heerden’s free-kick to hand Barker’s men the lead and propel the hosts to a hopeful start.

Usuthu continued to keep the Clever Boys under pressure but Sthembiso Ngcobo’s second header went over the bar in the 36th minute.

With one minute remaining to the interval, Goodman Dlamini made it two with his left foot finish assisted by Ntuli.

Five minutes into the second stanza, the hosts continued where they left off in search of goals when Ntuli’s effort was rewarded when he scored with a right foot finish.

In the 60th minute, the visitors pulled one back through Papy Faty. He unleashed a rocket from 25-yards out beating Murambandoro.

In the dying minutes of the match, Hunt’s men piled more pressure on Barker’s side, but Fikru Lemessa’s shot was parried wide by Murambadoro in the dying seconds.