Chiefs vs Raja: Chiefs must play with extra attackers 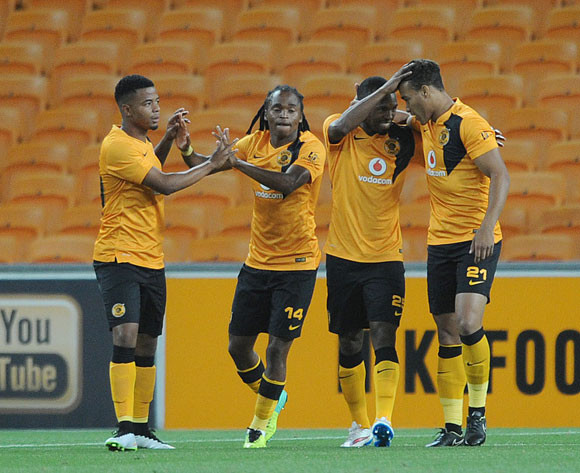 Former Manning Rangers goalkeeper Grant Johnson was part of a team that beat Raja Casablanca in the Last 8 stage of the CAF Champions League and is well placed to give Kaizer Chiefs some advice ahead of Saturday’s big clash.

Amakhosi host Moroccan giants Raja in Johannesburg on Saturday in the first leg of the first round of the 2015 CAF Champions League.

Of course it was Gordon Igesund’s 1996/97 PSL league-winning Manning Rangers team who beat Raja Casablanca 1-0 at home and lost 2-1 in Morocco during the Group Stage of the 1998 African Champions League campaign.

Johnson kept goal for the ‘Mighty Maulers’ during this campaign which saw the popular Durban club reach the Last four of the continent’s best sides. Here, Johnson shares his views on Chiefs’ tough task ahead. 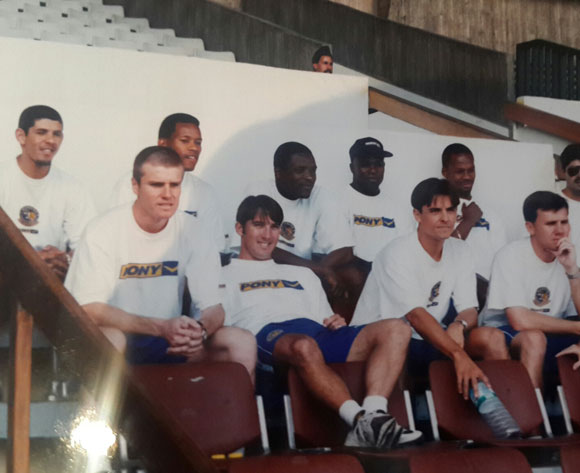 Image Caption: Manning Rangers players at the stadium ahead of playing Raja in Morocco in 1998

AF: Grant, thanks for talking to African Football. What do you remember of your two games vs Raja back in 1998 with Rangers?

Sure, the best memory was beating them at Chatsworth on the Friday night. Gordon (Igesund, coach) used every possible advantage of playing at night. He wet the pitch, making it greasy and slippery for the opponents.

We also played a 3-5-2 formation, attacking them from the wing and getting quality balls into the box. We had a hard working team who fought for each other, no matter the circumstances. Playing away in Africa is tough though, no matter where you play. The facilities in Morocco were great, and we were confident going into the match.

They were a very physical team, especially at home. The intimidation factor is very high, from players and supporters. We were winning 1-0 with 20 minutes to go, but they scored two late goals to win 2-1.

What would your advice be to Kaizer Chiefs who play at home this weekend?

The match is in Durban at night, which is a very good sign. Teams need to think about the home/away factor. You cannot afford to concede at home, but you also have to score goals.

My advice would be to play attacking football, forcing Raja to defend. However they need to be aware of being caught on the counter attack.  I’d say play with extra attacking players, but making sure you have a few players who sit and defend no matter what. Chiefs need to put them under pressure from the first whistle. Don’t allow them to settle.

And when Chiefs go away from home, what advice can you give?

Away from home is a whole different game. You need players who are hard-working and fit. I would also use players with extra physical strength rather than ability.

When you lose the ball you need the whole team behind the ball. Rather, then play the long-ball and catch them on counter attack. It really takes mental physical strength. 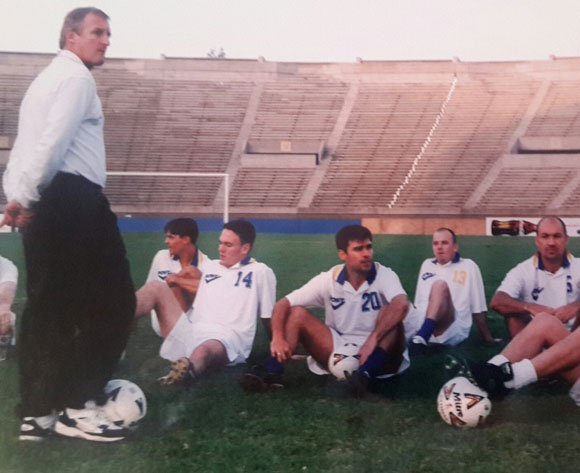 Image Caption: Gordon Igesund with his Rangers players at Raja in 1998

How do the Moroccans play, and how different are they to South Africa’s PSL clubs?

The Moroccans play the same as most of the teams from North Africa. (Algeria, Tunisia, Egypt). They are physically strong, and play to that strength.

They are also very good at reading the game situation. They know when to slow the game down, or when to speed it up. They use every trick in the book, including their ball boys who either give the ball quickly or slow it down. Everyone involved at the club is well rehearsed in making sure the team wins.

Which three Chiefs players will be the biggest contributors for Amakhosi?

For me in Africa it will always be the goalkeeper, which will probably be Itumeleng Khune. I believe he is one of the best keepers around and could save the team in close matches.

Then you need a quality defensive midfielder with Willard Katsande or Yeye Letsholonyane fitting the bill.

Then obviously someone who can score goals. You need to score whatever chances you get. At that level you don’t get many, and if you get a sniff, you need to score. I feel Bernard Parker can be the goal poacher Chiefs need.

All Rangers' results from Group B: 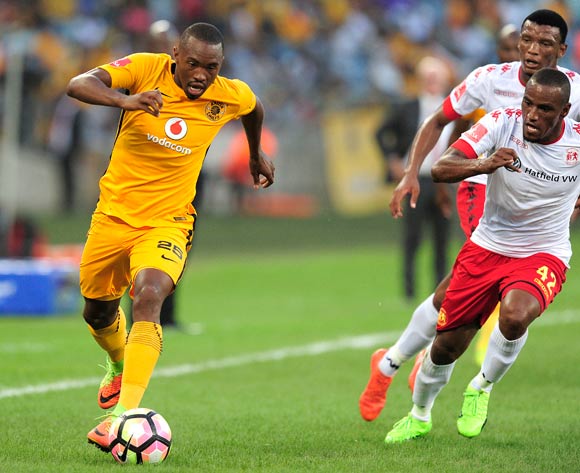 Kaizer Chiefs will be difficult to beat, says Bernard Parker