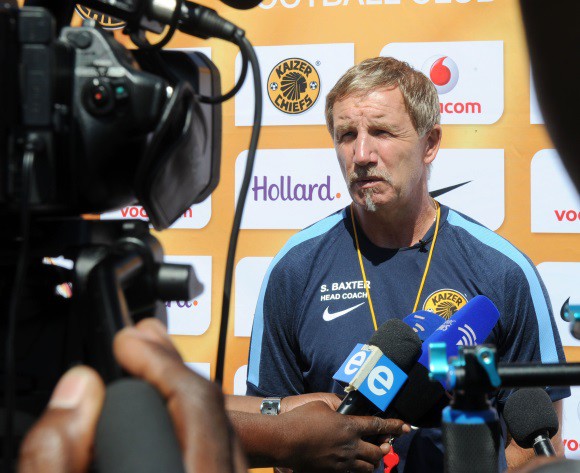 Kaizer Chiefs coach Stuart Baxter believes that playing in Durban was a better move than taking Raja Casablanca to altitude in Johannesburg despite Raja being a coastal team.

The sides battle it out in the First Round, first leg of the CAF Champions League on Saturday night at Moses Mabhida Stadium.

Many believed that this move might be a downfall for Chiefs as Raja would surely struggle more adapting to altitude in Gauteng. But the Chiefs coach feels playing in Durban will allow his team to play good football and be competitive.

“We are a professional team and we know what to expect from this match. What is good about it is that we are going to see interesting football from both teams.

“As you know that at times we hardly witness good quality football, but in this match I think we can expect to see that. We are well prepared and the guys are ready to put in a good performance,” said Baxter.

Kaizer Chiefs will be going into this match after their 1-0 Absa Premiership league defeat against Maritzburg United on Wednesday night and the coach believes that the focus will be different this time.

“These games are not the same and so the approach changes as well. Raja is a good side that is well respect and they are surely here to give us a run for our money, but we are also prepared to put in a good fight and win,” he said.

With Chiefs' arch rivals Orlando Pirates having done well in this tournament before - winning it in 1995 and reaching the final two years ago - Baxter said they are not trying to please anybody but their aim is to do well.

“We are not here to show how good we are and prove ourselves to other teams, but we just want to push ourselves and do well,” he said.