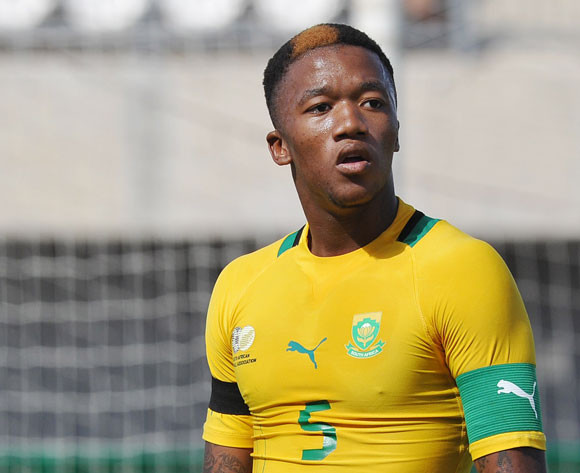 A brace from Dumisani Zuma and a hat-trick from Tyroane Sandows saw South Africa U20 avoid the wooden spoon in Group B of the 2015 African Youth Championships after beating Zambia 5-2 at the Stade Leopold Sedar Senghor in Dakar on Sunday.

The first half started a little slowly with both sides squandering possession in the final third with poor passing and bad decision making.

The game sprung into life in the 22nd minute when Tebogo Moerane played Dumisani Zuma into space inside the box and he produced a clinical finish from an acute angle on the left 14-yards out to give South Africa the lead, 1-0.

On the half hour mark Zambia did draw level when Kabelo Seriba turned the ball into his own net after the South African keeper missed a cross from the right and then saw the ball go off the defenders head and into the goal, 1-1.

Two minutes later Dumisani Zuma nearly found his second goal when he burst into the box, but saw his low 16-yard shot brilliantly saved by the Zambian keeper.

Neither side could add to the scoreline before the break.

South Africa started the better of the two sides in the second half and managed to regain the lead in the 57th minute when Tyroane Sandows expertly volleyed home a left wing cross from 12-yards out, 2-1.

Six minutes later South Africa doubled their lead when Sandows turned provider when he played Zuma through on goal and he made no mistake with just the keeper to beat, 3-1.

The match was over as a contest in the 66th minute when Sandows grabbed his second after side-footing a low left wing cross into the back of the net from close range, 4-1.

The icing on the cake for SouthAfrica was their fifth goal in the 87th minute when Sandows broke behind the defence and beat the keeper in a one-on-one, 5-1.

Zambia did find a consolation goal in the 90th minute courtesy of a strike from Charles Zulu, 5-2.