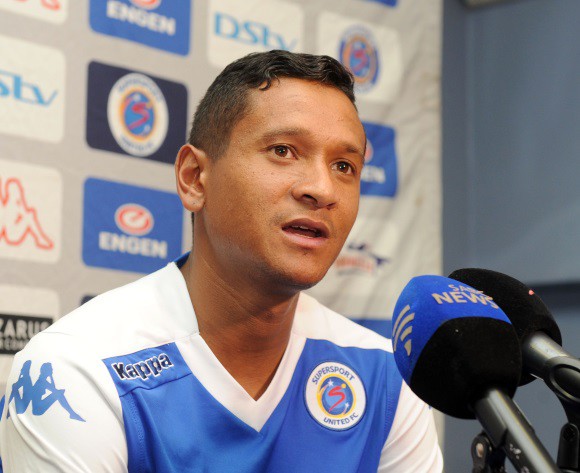 Daine Klate and Kingston Nkhatha have been included in SuperSport United's starting eleven for their Nedbank Cup Round of 16 game against Orlando Pirates this evening.

Kick-off at the Peter Mokaba Stadium in Polokwane is at 20h15.

Klate, who spent five years at the Buccaneers, returned to SuperSport on-loan in the January transfer window and will now face Pirates for the first time since making his return to the Tshwane side.

Zimbabwe striker Nkhatha has in the past been involved in several Soweto Derby games against the Sea Robbers and will tonight be out to end Pirates unbeaten run of 13 games in all competitions.

Meanwhile, former Matsatsantsa marksman Kermit Erasmus will lead the line for the defending Nedbank Cup champions with Lehlohonolo Majoro named on the bench.

Pirates head coach Eric Tinkler is wary of the threat posed by Nkhatha and hailed the former Kaizer Chiefs man ahead of the clash.

"We know Kingston very, very well. He is a very aggressive player and he is not an easy player to mark because of his aggression and his movement [off the ball]. He is a player with great mobility that enjoys getting into the box," said Tinkler.

"I think he is a very good striker and a difficult striker to mark. Our central defenders have experience playing against him and have done a good job against him in the past, and they must just continue [keeping him quiet]."