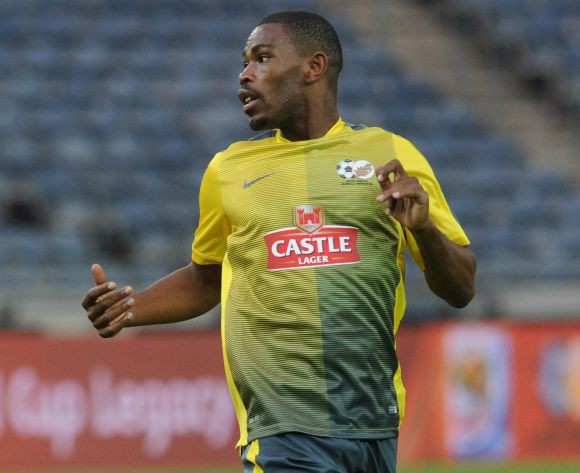 Known as Tyson in the football fraternity, the Bidvest Wits defender was absent when Bafana drew 2-2 with Nigeria in the second leg of the 2015 Orange CAF Africa Cup of Nations qualifiers.

However, the former Ajax Cape Town man said he’s happy he has been given a chance again to represent his country.

“It’s always an honour, the Nigeria clash is going to be very interesting. You must remember we were the ones who denied them a chance to defend their 2015 African Cup of Nations title so they will be coming here with guns blazing and wanting to prove a point,” said Hlatshwayo.

“But the good thing is that lately we enjoy playing against them, they are very arrogant and that is only because they are confident.”

The Clever Boys skipper added that before they focus to the Super Eagles, they’ll have to deal with Swaziland.

The defender also that he was saddened by missing the trip to Nigeria and he wanted to play every game for the national side.

“But before we get to Mbombela for the Nigeria clash, we have to deal with Swaziland. So we should not underestimate that match and throw all our focus on Nigeria as a loss in the first match could put us under pressure in the second match,” added Tyson.

“We should take one match at a time – we deal with Swaziland first and then we prepare for Nigeria. These are two very important matches where we need to do well, especially because the last outing we lost to Ghana so we need to get back to our winning ways.

“As a footballer, you want to play every game of the national team, as long as you get a call-up. So having to miss the match in Uyo due to suspension was not a lovely thing – especially considering the fact that in the first leg I believe I played very well and denied a chance to score.

“But it is going to be a very difficult match. It would be great to win, and not just win but also dominate them. This is a new era and we want to also make our mark.”

Shakes Mashaba’s men travel to Swaziland on Monday. The clash against Isihlangu Somnikati is scheduled for Wednesday, 25 March at the Somhlolo Stadium kicking off at 19:00.

The clash against the Super Eagles will get underway on Sunday, 29 March at the Mbombela Stadium in Nelspruit and gets underway at 15:30.