Chipolopolo host Rwanda in a friendly 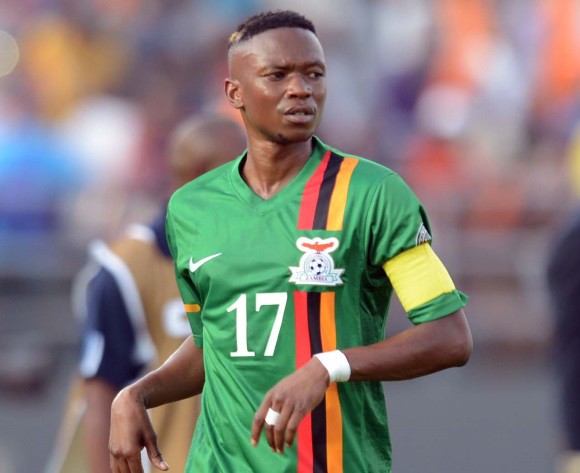 Following their early exit in the 2015 CAF Africa Cup of Nations tournament in Equatorial Guinea back in January, Zambia will face Rwanda hoping to revive their pride.

Chipolopolo will welcome the Amavubi who will be led by a new coach in the young Jonathan McKinstry, however, their squad assembled by coach Honour Janza means they’re aiming for a kill.

The Southern African side saw their exit in the group stages in Equatorial Guinea as disappointing after failing to win a single match but managed to draw two and came back without a loss.

In the squad, missing is the Mamelodi Sundowns experienced goalkeeper, Kennedy Mweene, who has not been getting regular game-time at the South African club after the continental showpiece.

However, the presence of campaigners like the TP Mazembe duo of Rainford Kalaba and Given Singuluma means the teams is a solid one as these players will be expected to play a key role against the Rwandans.

One of the invited strikers for the friendly is AmaZulu’s striker, Bornwell Mwape, who the coach Honour Janza, revealed would like to monitor closely.

"We have also called Bornwell, for a long time we have not seen him so we want to give a platform and see how he can fit in," Janza said.
Shifting focus to the visitors, the new coach McKinstry, said that he’s looking at doing better for his new employers.

"Most of the people may have doubts because of my age but I am determined to produce results because of my experience of working as a qualified football coach," added the 29-year-old.

"Hypothetically, I prefer playing attacking football which keeps the fans chanting but I may change depending on the result and the kind of team I will be playing with."

The friendly international will be played at the National Heroes Stadium in Lusaka on Sunday.