Cardoso confident ahead of Nigeria 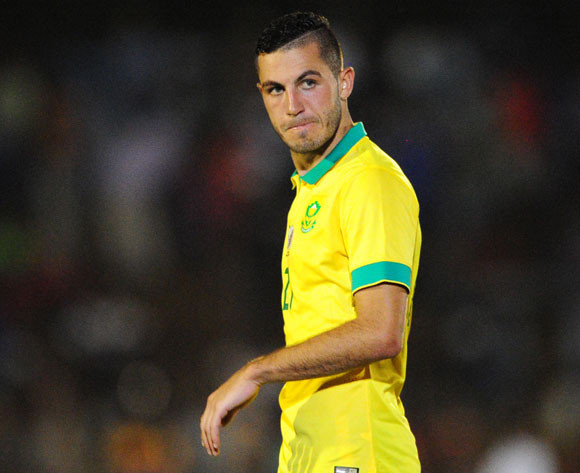 The two footballing nations will lock horns on Sunday afternoon in an international friendly and the 26-year-old player said he’s starting to settle in with the team.

“Nigeria is a big footballing nation, for me my emotions are running wild; the nerves are sinking in a bit,” said Cardoso.

“But I think after a couple of training sessions I am starting to settle in, it was a bit nerve-wrecking against Swaziland especially having played 90 minutes so the body is a bit tired but I am looking forward to it.

“It would be another dream come true (to start again). I am going towards that. In fact I would love that because as they say nothing is impossible if you believe.

"And if it happens I will grab it with both hands and I think I won’t be as nervous as I was against Swaziland because it will be my second cap.”

The defender also shared his thoughts on their chances against the Nigerian side, adding that they’re a big footballing nation.

“Like I said, Nigeria is a big footballing nation, but with the team that we have now – the likes of Ayanda Patosi, Lebogang Phiri, Thulani Serero, Andile Jali who all play well overseas,” added the added the Johannesburg-born man.

“Back home we have fighters like Oupa Manyisa, Sibusiso Vilakazi, Thulani Hlatshwayo – all are hungry for a win against Nigeria which will lift us up, so I am confident we will do well.”