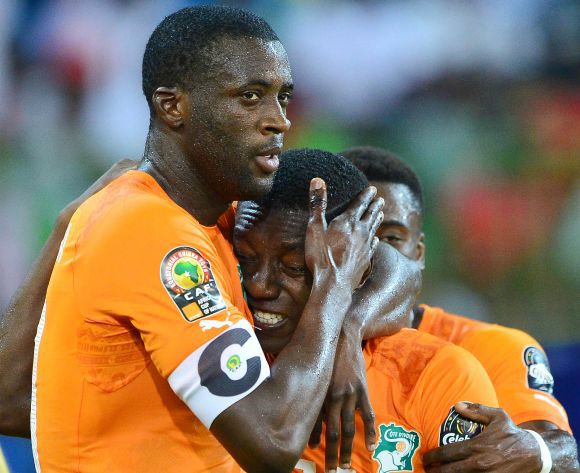 Côte d’Ivoire were held to a 1-1 draw by Equatorial Guinea in Abidjan on Sunday evening, in the final friendly of their FIFA window’s campaign.

The African champions had the best start with two attempts on goal from Gervinho and Giovanni Sio in the first ten minutes, but Iban Salvador Edu put the visitors ahead against the run of play in the 12th minute.

The Elephants pushed straight away for the equaliser, with two back-to-back well taken curling free-kicks from Yaya Touré that just missed the target (23rd and 30th minutes), and a clever one-two between Gervinho and Salomon Kalou ultimately cleared by the Nzalang’s defence just past the half-an-hour mark.

The locals suffered another blow with Gervinho forced to leave the pitch with a thigh injury in the 37th minute, as the AS Roma star was replaced by Wilfried Bony.

Kalou, Serey Die and Bony missed more chances before the break to send the visitors with a one-goal advantage into the second half.

Côte d’Ivoire’s coach Hervé Renard decided to send Max Gradel in for Salomon Kalou for the final 45 minutes. A choice that paid off with the Saint-Etienne’s attacking midfielder grabbing the equaliser 20 minutes from time.

But despite all their efforts and the substitution of Giovanni Sio by Gadji Tallo in the 84th minute, Yaya Touré and his teammates had to settle for the draw with Equatorial Guinea, who put an end to the Elephants’ five-match winning run.