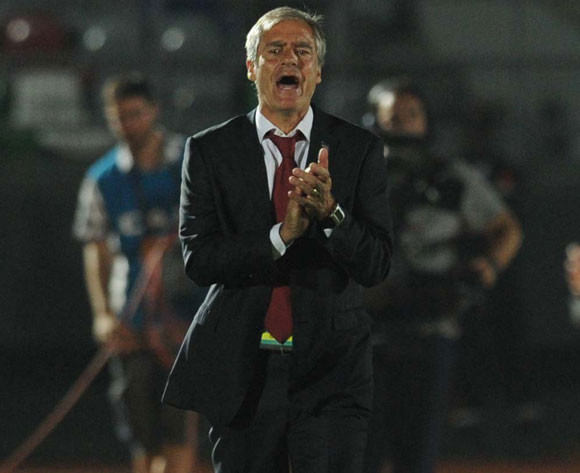 Portugal and Cape Verde will meet for an international friendly at Estádio António Coimbra da Mota in Estoril on Tuesday evening, kick-off at 22h45 CAT.

The meeting of former ‘colonial masters’ and their ‘subjects’ always gives an added edge to such matches and the Blue Sharks would love to defeat the Europeans, having established themselves as one of the most-improved national teams around the world in the last three years or so.

It will be Cape Verde’s first match since playing to three successive draws at the 2015 Africa Cup of Nations in Equatorial Guinea, results that may have brought about a first-round exit but still served to further underline their reputation as tough and difficult competitors.

Coach Rui Aguas – a former Portuguese international – says he wants Cape Verde to “give it our all, and keep up the image of what we did at the Africa Cup of Nations” while acknowledging that Portugal will be challenging opponents.

With this match arriving just two days after Portugal’s Euro 2016 qualifier against Serbia, coach Fernando Santos will name a completely different line-up, with the likes of Cristiano Ronaldo, Joao Moutinho, Nani, Fabio Coentrao and Tiago set to miss out. Instead, several U-21 players – most of them uncapped – have been called up specifically for this match.

This will be the third official international match between Portugal and Cape Verde. The first, in May 2006, saw the Europeans claim a 4-1 win. The second, four years later, ended in a goalless stalemate.