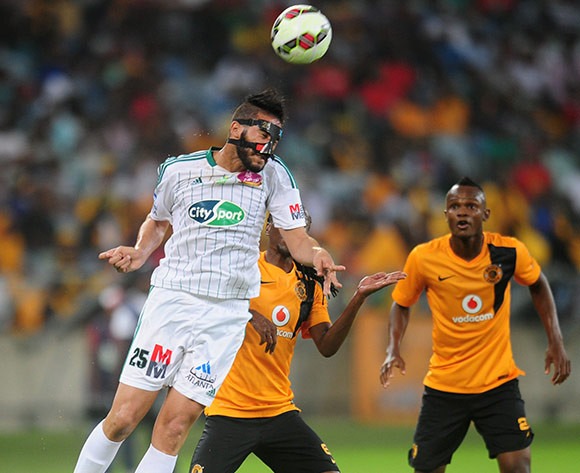 There were plenty of surprises in this weekend's CAF Champions League action as North African teams stole the show.

All nine clubs from North Africa made it into the first round of qualifying and all of them advanced to the round of the last 16.

Overall, clubs from the North recorded seven wins, one draw and one defeat over the weekend. Moghreb Tetouan's 2-1 defeat at Kano Pillars of Nigeria still made no difference as they had a 4-0 lead from the first leg.

Next on the agenda is the Round of 16 phase where clubs will go through one more round of home-and-away fixtures to cut the field down to eight. At this point the teams will be split into two groups as we approach November's two-legged final.

In one of the big surprises of the weekend, Alexandria-based Smouha overturned a 1-0 defeat from their first leg in Aba against Enyimba to knock the Nigerians out with a 2-0 victory.

Hani Al Egeizi netted a penalty in the 81st minute and Hermann Kouao found a winner in the last minute of the game to send the Egyptians through against an Enyimba side who had a man sent off.

Another surprise result saw DRC club Sanga Balende beat Cameroon giants Coton Sport 2-0. The last time Sanga Balende competed in the showpiece event, they stormed off the pitch in the 55th minute of their first round qualifier in Libreville against FC 105 in protest against the officiating.

They beat Angolan club Recreativo do Libolo in the preliminary round before coming up against Cameroon's Coton Sport. After playing to a goalless draw in the first leg, goals by Kabamba Mukundji and Badibake Mpongo gave them a place in the final round of qualifying.

Meanwhile South Africa have crashed out the Champions League as both Kaizer Chiefs and Mamelodi Sundowns lost on the road. Sundowns, who won their first leg against former champions TP Mazembe 1-0, were beaten 3-1 in Lubumbashi and crashed out 3-2 on aggregate.

Rainford Kalaba, Mbwana Samatta and Roger Assale scored for Mazembe while Percy Tau pulled one back late in the game for the South Africans.

In Morocco Nigerian striker Christian Osaguona scored two late goals for Raja Casablanca in their game to ensure a 2-0 victory against Kaizer Chiefs to add to their 1-0 win from the first leg.