Tinkler: We started to panic 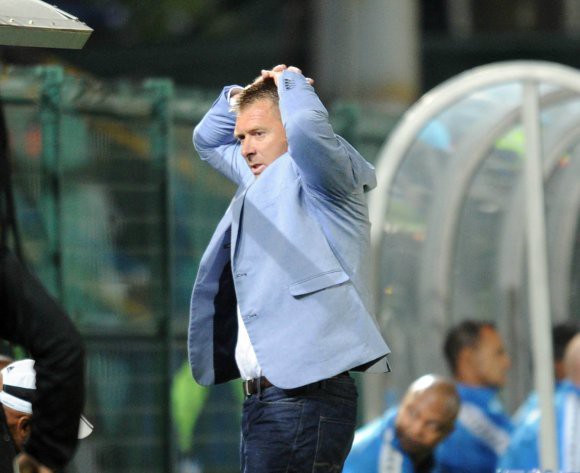 The Buccaneers succumbed to Gavin Hunt’s men when Calvin Kadi capitalised on a defensive error as early as the second minute and he netted his second in the 16th minute.

Although the Sea Robbers created a number of chances, they couldn’t penetrate the Students defence.

According to the Buccaneers coach, Tinkler, he said he was not happy with how his charges played in the first stanza.

“We started to panic and second half we had some great chances, but I am not happy with the first half,” said Tinkler.


“It’s ridiculous going to Africa, we leave on Friday, we come back on Wednesday and we play in the PSL on Friday. It needs to change."

However, in his post-match interview, midfielder Sifiso Myeni, who also came close to writing his name on the score sheet only to be denied by the experienced Moeneeb Josephs, said his team'a performance wasn't that bad.

“Two early goals but then they didn't create much, Moeneeb did well, I could have got one,"‎ said Myeni.

And to the goalkeeper who managed to register his full debut for the Soweto giants, Siyabonga Mpontshane, he always believed that they would get something in the end but it wasn’t meant to be as they lost their first match in 2015.

"It’s my first game (for Pirates), I was thinking I would do better and we would get something at the other end,"‎ said Mpontshane.