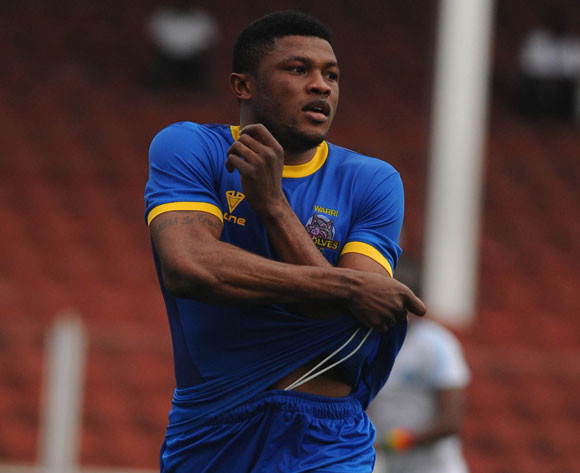 Gbolahan Salami has charged his Warri Wolves teammates to record a big win in a CAF Confederation Cup second round match on Saturday against MK Etancheite from DR Congo as a befitting birthday gift for him.

"Wednesday is my birthday and I want my team mates to brace up for the game and use the victory as a gift. I will cherish it if we win by a wide margin," said Salami

In the meantime, a 27-man delegation of MK Etancheite arrived Warri on Tuesday afternoon aboard Arik Airline, beaming with smiles.

The team who landed at the Murtala Mohammed Airport at 11am were received by officials of Warri Wolves and air lifted immediately to Warri, where they hope to spend a whole five days before the cracker which comes up at the Warri City Stadium on Saturday.

There was a mild drama at the airport as Wolves refused to cater for two of them because CAF rules put it clearly that the host team can only cater for 25, but it was resolved amicably.

The match commissioner from Ghana and match officials from Sychelles will arrive Warri on Friday for the match, which promises to be explosive.

"The Congo team actually arrived Lagos at 11am and we took them straight to Warri on Tuesday. They came with a 27 man team but we told them we can only airlift 25 based on the CAF rules but it was sorted out at the airport,” an official said.

“We know that they mean business by coming five clear days before the match but we are equal to the task."

Among the players who Warri Wolves need to focus on are captain Kabangu, Losiyo Bofumbo, Mombo Lusala and Kabangu Ndima.