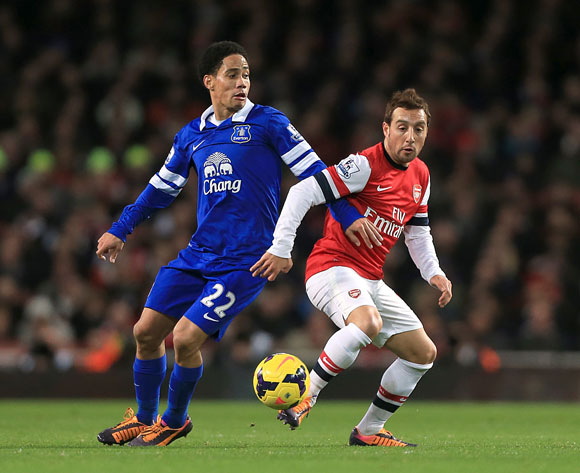 Former Bafana Bafana captain Pienaar will hope to feature for the second game in a row for Everton when they host Burnley in the Premier League on Saturday (16h00). The midfielder made his much-awaited return for the Toffees last weekend and made an immediate impact.

Dropping down to the Championship, Tokelo Rantie will miss Bournemouth’s match at home to Sheffield Wednesday due to injury, while in League One Kgosi Ntlhe’s Peterborough are away to Barnsely, Bongani Khumalo will look to help Colchester United to victory at home to Scunthorpe and Dean Furman’s Doncaster Rovers host Fleetwood Town (all 16h00).

In the Belgian Pro League, Anele Ngcongca’s Genk are away to Mechelen in the early kick off on Saturday (18h00), while Andile Jali’s KV Oostende and Ayanda Patosi’s Lokeren take on Westerlo and Mouscron-Peruwelz respectively later in the evening (both 20h00).

Both of South Africa’s stars in the Eredivisie will have the chance to strut their stuff on Sunday, with Thulani Serero’s Ajax at home to NAC Breda (14h30), while Kamohelo Mokotjo’s FC Twente travel to Utrecht (16h45).

May Mahlangu is back in training as he recovers from an ankle injury, but he is not yet fit enough to play for Konyaspor when they travel to Gaziantespor on Friday evening in the Turkish Super Lig, while Lebogang Phiri will look to inspire Brondby to victory when they host Hobro in a Denmark Superliga clash on Sunday (17h00).