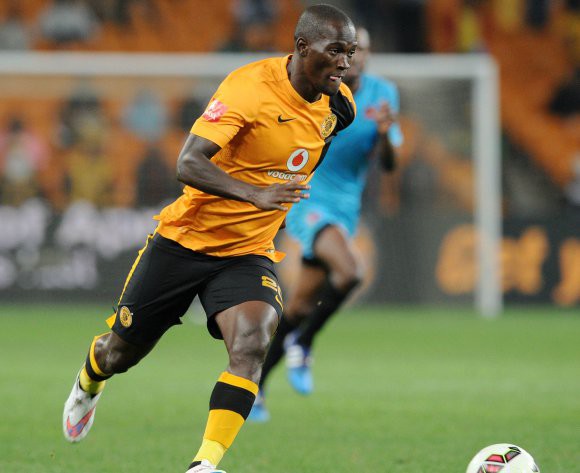 Kaizer Chiefs striker Sphelele Mthembu has credited all the glory to God, Jesus the Almighty.

Mthembu joined the Glamour Boys from Platinum Stars at the beginning of the season and has won two trophies already in his maiden season at Naturena.

Known as Shaka Zulu, the Durban-born forward said working with coach Stuart Baxter has made it possible for the club to win things.

A brace by Matthew Rusike and goals from Bernard Parker and George Lebese were enough to hand Chiefs their second Absa Premiership title in three seasons as they beat Polokwane City 4-1 on Wednesday night.

“I’d like to honour God our father for all the glory and it’s amazing to work with such great people in the club,” said Mthembu.

“I think indeed we inspire greatness and we were brave and fearless this season – it’s so beautiful to see ourselves in a big team and winning trophies.

“I think credit must go to the coach who believes in his players.”

The big forward added by revealing that he told his mum that playing for Amakhosi is like music and when you don’t play you know you’re not needed in that particular song.

“Playing for this club is like, when the other song plays then you’re needed – it’s like a rhythm,” added Mthembu.

“Playing for the club is not painful like other people would think.”