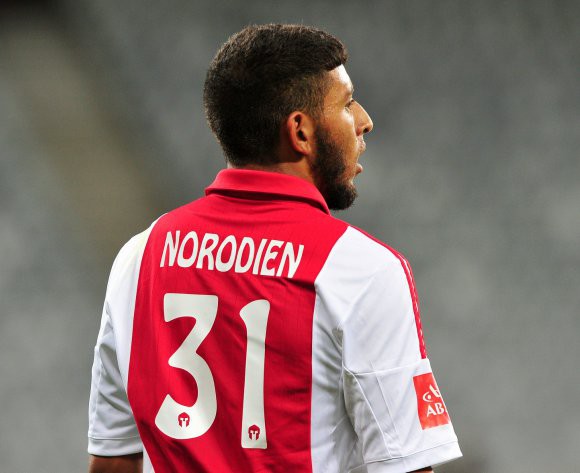 Matsatsantsa take on the Urban Warriors for a place in the Nedbank Cup final this Saturday.

The semifinal clash at Athlone Stadium kicks-off at 20h15.

Daniels, a former Ajax man himself, expects a tough battle against an exciting Ajax outfit who mix physical strength with raw talent.

"If you look at Ajax, they have young blood, a very exciting team, hard running team that like to play the ball, play in between the lines. They have the physical players like Nathan Paulse, it will be an exciting game for me and my team," said the SuperSport centre back.

"If we want to deal with that we will have to be really focused on playing a good game because we can't be taking this team for granted.

"It is always a battle with Nathan, we must be organized and try and win the game as soon as possible. They have good players in Erwin Isaacs, and Norodien who is coming in, showing himself. He is very exciting.

"We can also use this to our advantage, they are inexperienced and hopefully we can capatlize on that."

Norodien, who was named man of the match in Ajax's win over Bidvest Wits in the quarters, returned to the Mother City club last month following a lengthy legal battle with the club.

"I've seen this boy [Norodien] grow up in front of me in the time I was at Ajax. Always full of energy, taking players on and always a future prospect. It is good to see him coming up, he is doing well for himself and the club," said Daniels.

"I just hope that he keeps his feet on the ground, I think he as a bright future in front of him, I just hope he is managed properly."