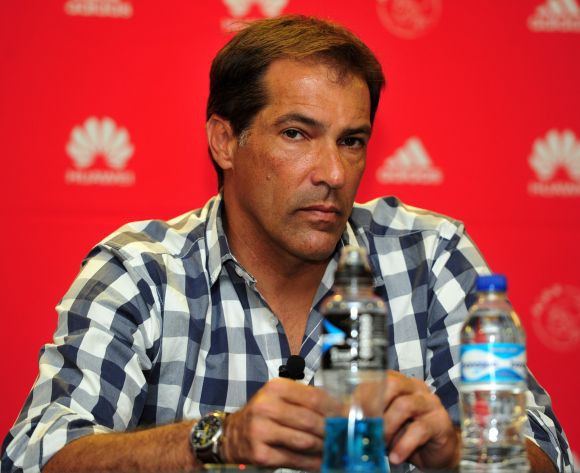 In the other semi-final clash, The Brazilians defeated Vasco Da Gama by an odd goal on Sunday afternoon to book a date against De Sa’s men in Port Elizabeth.

However, 'RDS' revealed that he has happy memories of beating them 5-1 in the then Bob Save Super Bowl cup final in 1989 whilst still a player for Moroka Swallows.

And 26 year later, the former Bafana Bafana keeper is set to face Pitso Mosimane in the Ke Yona final and RDS said he still remembers clearly.

“That final was 26 years ago but I still remember it vividly, the first match we did well, but conceded a silly goal which set up a replay,” De Sa told Kick-Off.

“We were one up in the final minute when Goodman Hlongwane tried to head the ball back to me, but it fell short – between us – and Andries Chitja nipped in to score.

“After the match, which was played on a Saturday, our coach, the late Eddie Lewis said: ‘Okay guys, I will see you at the team hotel on Tuesday’.

“We were surprised because it meant we didn’t train on Sunday, Monday and Tuesday. On Tuesday, the day before the match Owen da Gama showed us videos of himself playing in Ireland as a striker.”

The former Bidvest Wits, Santos and Orlando Pirates mentor who took the Buccaneers to the CAF African Champions League, Telkom Knockout Cup and MTN8 Cup finals in 2013 added that he aims to win against the Tshwane giants.

“Whether you are a player or coach, you always want to win. That is what inspires me; it's the will to win,” De Sa added.

It doesn’t matter who the opponents are, it’s all about going out there to win the match.

“But playing against Sundowns will be special…”