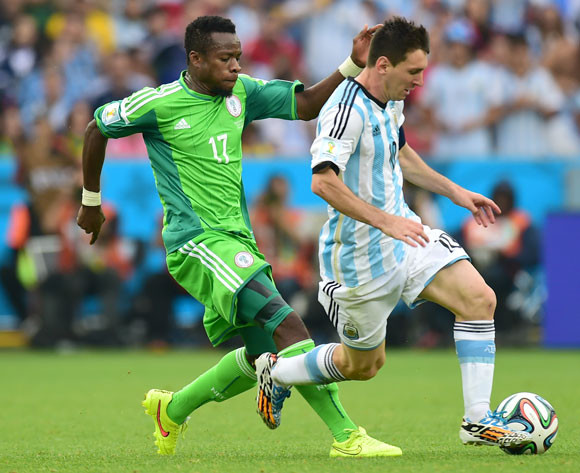 Nigeria Football Federation (NFF) president Amaju Pinnick has said the country’s target is to reach the semifinals of the 2018 World Cup in Russia.

“Our vision is to see the Super Eagles reach the semi finals of the 2018 FIFA World Cup finals in Russia. We are very positive and we will work hard towards that,” Pinnick said on a BBC Radio programme.

The NFF boss also defended the re-appointment of Stephen Keshi as the country’s coach, saying the coach has now been given enough support to excel.

Keshi will now work with a technical study group headed by former Nigeria captain Austin ‘Jay Jay’ Okocha and with the benefit of the world –renowned ProZone match preparation software.

“We made no mistake in re-appointing Keshi. In his first term, Keshi did a lot to encourage the boys in the domestic league, and the boy who scored our winning goal at the Africa Cup of Nations, Sunday Mba, was playing in the domestic scene,” he argued.

“We don’t live in the clouds. If we wanted a foreign coach, we would probably go for someone in the class of Jose Mourinho or Arsene Wenger. We don’t have that money presently and we don’t want to be owing our coach.”

Pinnick said the ProZone software, for which four NFF officials are currently in the United Kingdom for special training, will be of great help to the Nigeria National Teams.

“If we had the ProZone match preparation software before now, we probably would have beaten France and reached the quarterfinals of last year’s FIFA World Cup in Brazil.”