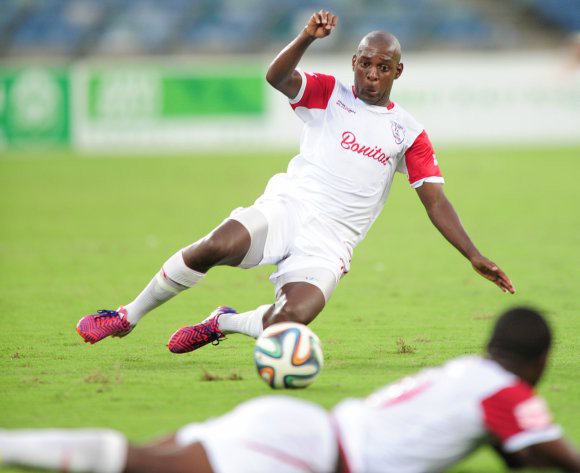 Free State Stars midfielder and vice–captain, Katlego Mashego said it was pleasing to lead his team during one of their most important matches to escape relegation against Chippa United last Saturday.

The Burgersfort-born player captained Ea Lla Koto in the absence of Paulus Masehe who is out with a suspension as they went on to win the match 2-0, making it their fourth match in a row.

The victory elevated the Bethlehem side to position nine on the log with 34 points from 28 matches.

“It wasn’t a smooth path I must say, we fought hard, tried to remain focused on the mission at hand and we’re happy the results are there – credit to the players and coaches,” said Mashego.

“It’s not nice to see your team getting relegated and I think we lost games we wouldn’t have lost and drew games that we could’ve won.

“In most cases, we failed to score goals after playing good football and in the past four games, converting our chances worked for us.

“Our defenders have also been great in helping the team to remain in the PSL – we’re just happy.”

The 28-year-old added that the technical team led by Phiri and Themba Sithole played a pivotal role in moving from position 15 to the ninth spot.

He also shared his experiences in leading the team and their upcoming Free State derby clash against Bloemfontein Celtic.

“I believe they ensured we did well by keeping us encouraged – you know even if we lost, they’d say we played well,” said Mashego.

“That showed they don’t only focus on our weaknesses, but on strengths and that pushed us forward and even higher as players.

“I was happy to wear the armband in that match, but what made it more special is the win on the day which secured our stay in the PSL.

“It was a good win but we now looking forward to the derby against Celtic, they’re a strong side and we beat them 1-0 last time – they’ll want a win this time around and it’s going to be tough in that sense.”