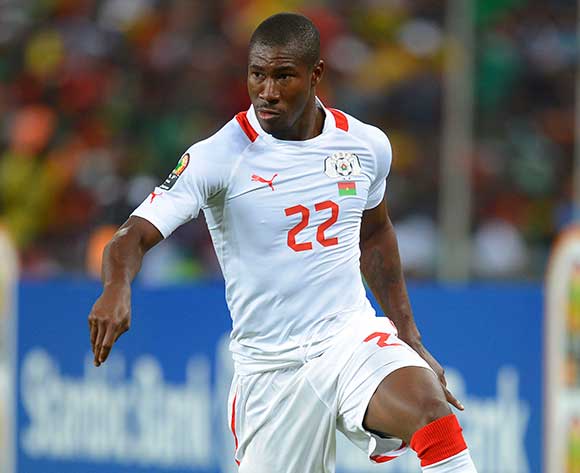 Cameroon's Pierre Webo and Burkina Faso's Prejuce Nakoulma have been selected in the Team of the Week in Turkey's Super Lig.

The Best XI was selected from the round of action between 2 May and 6 May across the top-flight of Turkish football.

Webo scored an 8.2 rating by popular statistics experts whoscored.com. The 33-year-old forward has scored 6 goals and made 4 assists in 14 appearances for Fenerbahce, he team that also has Nigerian striker Emmanuel Emenike on its books.

Meanwhile Nakoulma got an 8.3 rating. The 28-year-old plays for Mersin and has steadily improved during his time in Turkey.

The Burkina Faso star scored in Mersin's 3-1 win over Konyaspor at the weekend.

Other Africans who did not make this weekend's Best XI but who have shone consistently in Turkey are Senegal strikers Demba Ba (Besiktas) and Moussa Sow (Fenerbahce). Both players are in the top 10 players in Turkey based on season long ratings.

Ba is rated at number two across Turkey's top-flight for the entire season and his performances are only bettered by Fernandao of Buraspor. Sow is rated number five in Turkey's top performers over the season so far.

Morocco's Aatif Chahechouhe is also in the top 10. The Sivasspor man comes in at number 6.