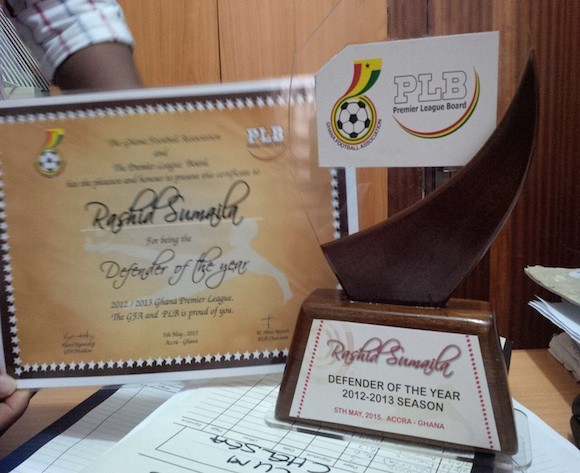 The 22-year-old who now plays in Kuwait for Al Qadsia was adjudged the best defender in the Ghanaian top flight in the 2012/13 season – during which time he played for Asante Kotoko.

Sumaila secured a move to South African club Mamelodi Sundowns on the back of his impressive exploits in that season.

It is the second time the youngster is receiving such an award.

He picked up his first Best Defender award in the Ghanaian top flight in the 2010/11 season during which period he played for Ebusua Dwarfs.

Sumaila has since gone on to play for the Black Stars and was part of the Ghana squad at the 2014 World Cup.