It's Jali vs Patosi in Belgium 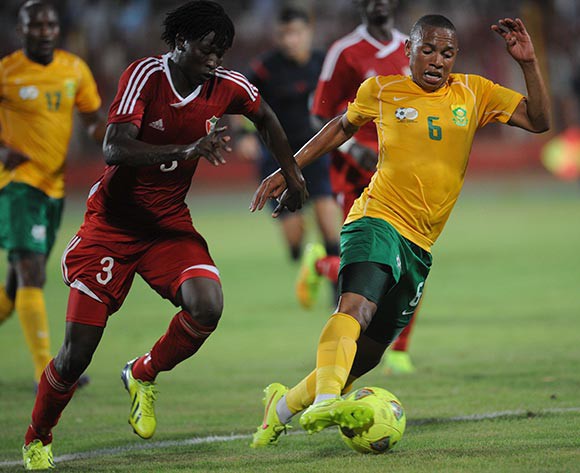 As Belgian sides Lokeren and KV Oostende prepare to battle it out over the weekend, many will be keeping an eye on South African midfielders Ayanda Patosi and Andile Jali.

Ayanda Patosi, who plays for Lokeren, will meet with fellow Bafana Bafana international Andile Jali who plays for KV Oostende. The game is on Saturday night at 8pm.

The last time KV Oostende won against Lokeren was in 1999, long before the two players could even dream of playing at this level. At that time, Patosi was just seven years of age while Jali was nine years of age.

When the two teams met in early April this year in the Europa league play-offs in Belgium, both players started the match and it was Lokeren that walked away victorious through a 2-1 victory.

In this victory, Patosi contributed with two assists while former Kaizer Chiefs striker Knowledge Musona scored the only goal for Oostende.

Both Patosi and Jali have been part of the Bafana Bafana national team and are tipped to play a key role for their clubs this weekend.

Patosi has contributed over seven assists for his club this season and by the look of things he continues to improve with each game.

Meanwhile Jali has become a fan favourite at Oostende and has enjoyed the fact that Zimbabwean Musona is now a clubmate of his in Belgium.