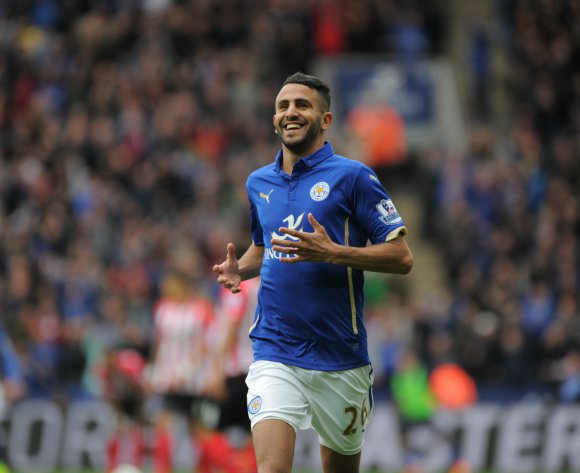 AfricanFootball.com picks three performances from African players that stood head and shoulders above the rest this past weekend.

South African attacking midfielder Ayanda Patosi inspired Lokeren to a 6-1 win over KV Oostende in Belgium’s Playoff II on Saturday, providing no less than three assists. The Bafana Bafana player completely overshadowed his international teammate Andile Jali, who played in the engine room for Oostende. Patosi’s fine form should see him selected for South African national duty when the qualifiers for the 2017 AFCON kick-off next month.

Algerian attacking midfielder Riyad Mahrez scored both of Leicester City’s goals in a 2-0 win over Southampton on Saturday that keeps alive their hopes of staying in the Premier League. Mahrez netted in the seventh and 19th minutes to take the Foxes to a sixth victory from their last seven league games. Momentum is certainly with Leicester as their remarkable bid to avoid relegation continues.

Ivorian striker Max Gradel recorded a goal and an assist in Saint-Etienne’s 5-0 win over Nice in Ligue 1 on Sunday. Gradel has 13 goals from 29 appearances this season and has become one of the most feared marksmen in France since the turn of the year. SE find themselves placed fifth on the log and could yet claim a place in either the Champions League or Europa League for next season – should they do so, Gradel will have been a key factor in their success.