De Sa suspension will have no impact on final outcome - Mosimane 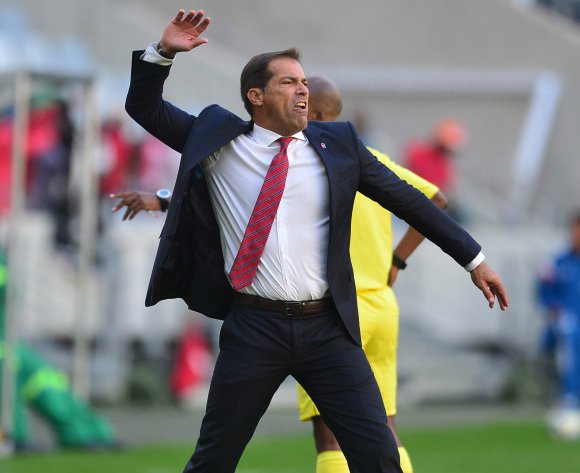 Mamelodi Sundowns head coach Pitso Mosimane believes Roger de Sa being absent from the Ajax Cape Town dugout will have no impact on the outcome of the Nedbank Cup final.

De Sa was banished to the stands after reportedly kicking the ball onto the pitch after having a full go at the match officials during the club's 2-2 draw with Orlando Pirates over the past weekend.

As a result, the former Buccaneers mentor will now sit among the spectators when the Urban Warriors take on the Brazilians in the Nedbank showpiece in Port Elizabeth.

Mosimane, though, believes this will have no say on who walks away with the silverware as, thanks to technology, the coach will still be able to contact his bench.

"The coach being sent off has nothing to do with the impact on the game, [Stuart] Baxter was out for two games and they won. The team is there, the system is there, they know what to do," said Mosimane.

"Nowadays people are calling coaches and meet up in the corridors, they speak and give instructions. Phones are there, you saw. Baxter was on the phone big time and they coach the team from the top.

"I don't want to criticise that, because now-now I am the next one SMSing [from the stands]."