'I think Schut will be ready' - Pitso 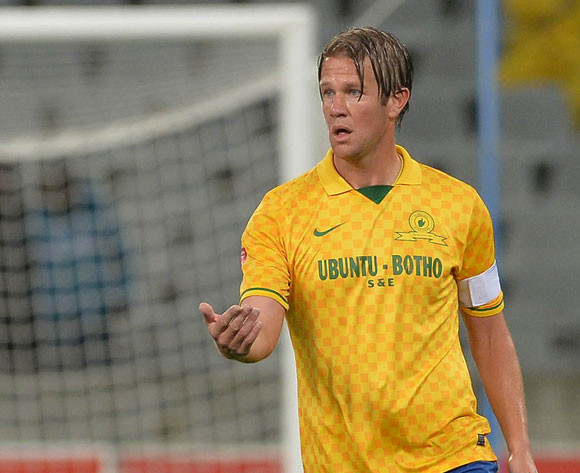 Schut, who will be returning to the Netherlands at the end of the season, is eager to end his time at the Brazilians on a high and will hope to do so with a win over the Urban Warriors in Port Elizabeth at the weekend.

It wasn't clear if the 34-year-old would play again for the club after he was stretchered off during 'Downs 1-0 win over Vasco da Gama last month, but the sturdy defender could well be in line for a fairy tale ending after returning to training at the weekend.

Mosimane revealed, following their 1-0 win over AmaTuks on Saturday, that Schut will be available for selection for this weekend's showpiece.

"He trained, he was kicking and it looks good. I think he will be ready for the final," said Mosimane.