'It was Richard's dream to save the team' - Sekola 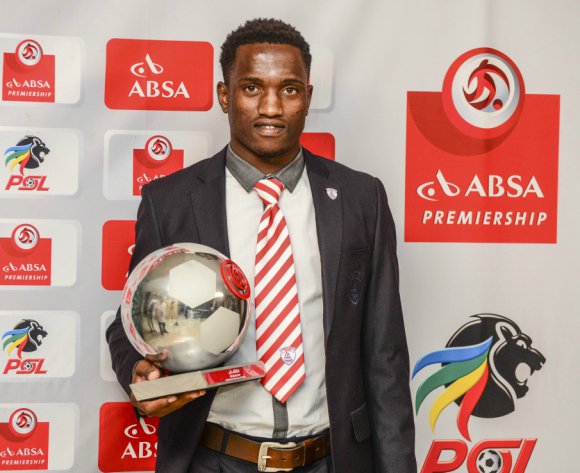 Ea Lla Koto had looked sure relegation contenders, but rallied following the untimely death of the former Bafana Bafana striker on the 7th of April, recording five wins on the spin on their way to a ninth placed finish.

The five-game winning streak followed defeats to both AmaZulu and Moroka Swallows, who would go on to end the season in 16th and 15th place respectively.

Sekola, who netted 14 times as Stars secured their place in the top division, admitted that he never saw the accolade of top scorer coming.

"The feeling is out of this world, I don't know how to express myself. Being my second season in the PSL I never saw this coming, to be honest," said Sekola.

"I've been through a lot with the team, losing one of our teammates and here I am standing, collecting top goal scorer. The feeling is awesome.”

The 26-year-old dedicated the award to his fellow teammates and the Free State province as a whole, with a special thanks to experienced campaigners Paulus Masehe and Themba Tshabalala, who guided the team through a difficult period.

"I would like to dedicate this award to Free State Stars, the team and province as a whole and then some of our players, senior players that guided me throughout. The likes of Paulus Masehe and Themba Tshabalala are the ones that guided me to this [award]," Sekola continued.

The Bafana Bafana striker explained that had it not been for the senior players within the team, it would have been harder to bounce back from the tragedy that hit the club last month.

"That is the importance of senior players because if there were only youngsters at the club it would've been more difficult," Sekola added.

"We all know it was Richard's dream to save the team and I believe his spirit was among ourselves that is why we dedicated our remaining games to him, fighting to the end."