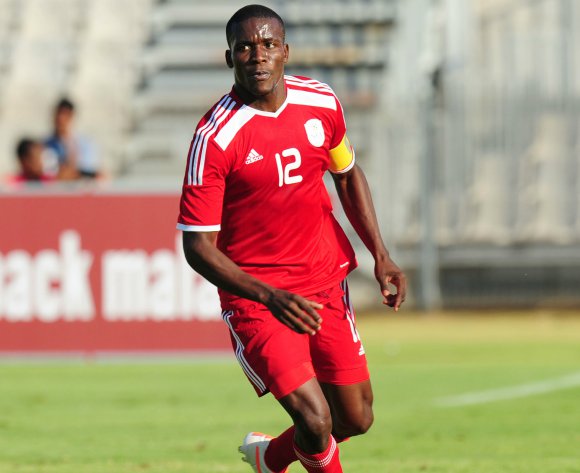 A brace from Benson Shilongo secured a 2-0 win for Namibia over Mauritius at the Moruleng Stadium in Rustenburg on Tuesday evening.

The win moves Ricardo Manetti's men into second spot in Group A.

The win for Namibia keeps them in the tournament, knowing victory over Zimbabwe in their final group game will see them face Zambia in the quarterfinals for a place in the final four.

Namibia, who were frustrated by the Seychelles on the weekend, got off to the perfect start.

A quick break down the right flank left the Brave Warriors with a two v one situation. Itamunua Keimuine laying the ball on a silver platter for Shilongo who made no mistake from close range with four minutes on the clock.

Namibia had a golden chance to double their advantage 10 minutes later, but Willem Mwedihaga sent his header over Kevin Jean-Louis's crossbar from point-blank range.

Keimuine then had an opportunity to turn scorer five minutes before the break after he broke free, but Jean-Louis was up to the task to keep Les Dodos within touching distance heading into interval.

Namibia finally added to their scoreline in the 65th minute after Ravina was adjudged to have handled the ball inside the area. A contentious decision that infuriated Mauritius head coach Didier Six who was subsequently sent to the stands.

As he did for Gaborone United in the Mascom Top 8 final last month, Shilongo duly converted the spot-kick to all but seal the points for the 1997 and 1999 runners-up.

It could have been a much heavier defeat for Mauritius, but Namibia were guilty of missing a flurry of chances towards the end of the match.