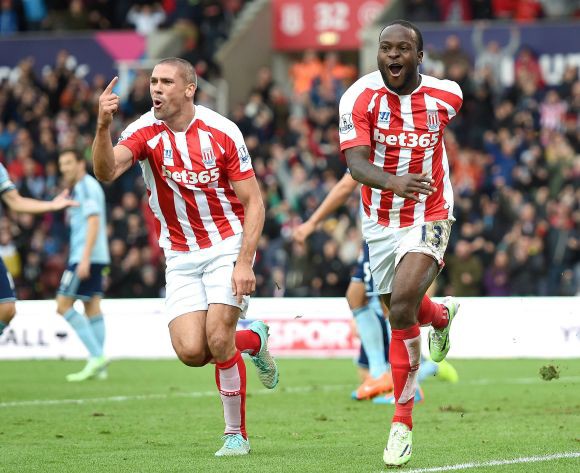 Recuperating Nigeria international Victor Moses has set his sights on coming back stronger from injury to have a better outing next season.

The Chelsea star, who was on loan at Stoke City suffered a hamstring injury on April 11 in an EPL Week 6 game against West Ham United, which ended 1-1 draw.

The AFCON 2013 winner through his Twitter account thanked the fans for their concern over his injury and vowed he will have a better time in the forthcoming season.

"Afternoon everyone how you all doing today? Thanks for your messages about the injury, it’s progressing well and I will be back better and stronger next season," he said on Twitter.

Victor Moses joined Chelsea for £9 million from Wigan Athletic in the summer of 2012.

He made 23 appearances with a goal to show for Chelsea in his first season at ‘The Blues’.