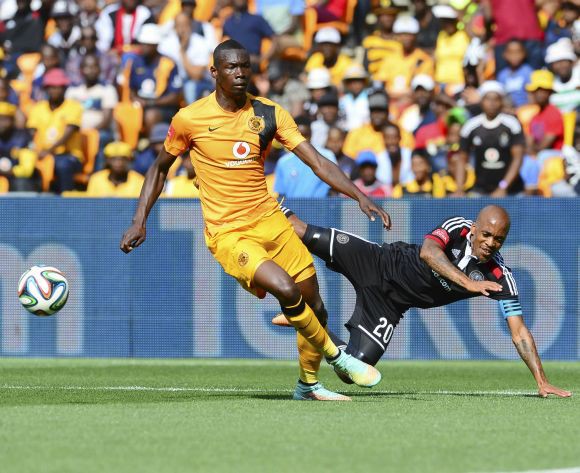 Mathoho's agent Tim Sukazi, who attended the club's awards evening in Midrand on Wednesday evening, declared in the aftermath that he had been in Belgium where he met with several clubs who have made an offer for the in demand centre back.

The Amakhosi defender now looks destined for a move to Belgium in the transfer window where he will join fellow Bafana Bafana teammates Andile Jali, Anele Ngcongca, Ayanda Patosi and Darren Keet who currently ply their trade in the country.

"I just got back, I was in Belgium. I spent some good times with a few clubs there, they are interested in him. It is an open secret really," said Sukazi.

"We are in talks as we are speaking now. We are trying to see what is the best way in which we could forge a deal between one or two of those particular clubs. At the end of the day it will be one, that club and Kaizer Chiefs which might see 'Tower' going to Europe.

"I think he deserves it, I think he has contributed a lot to our game here [in South Africa]. I think he has matured and that he is ready.  If this opportunity comes his way I think he is going to grab it with both hands."

The 25-year-old formed a formidable partnership with Premier Soccer League player of the Season Tefu Mashamaite, leading Chiefs to the MTN8 and 2014/2015 Absa Premiership title.

Mashamaite had also been named the clubs player of the season, but decided to give the accolade to Mathoho in a kind gesture which left those in attendance speechless.

The  Thohoyandou born defender missed the awards evening as he is currently recovering from a recent toe operation.