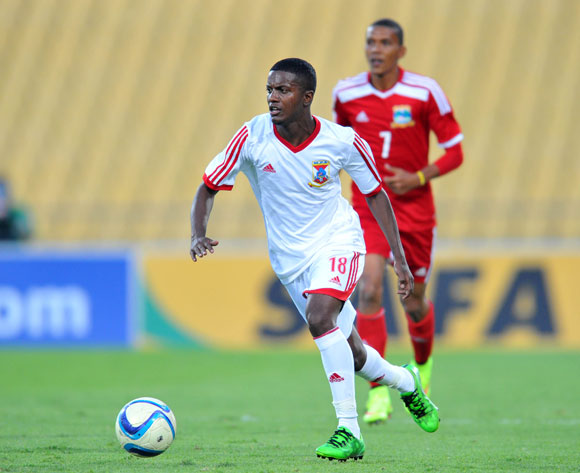 Nick Curpanen of Mauritius challenged by Mervin Mathiot of Seychelles

Mauritius ended their 2015 Cosafa Cup adventure on a positive note with a 1-0 win over island rivals the Seychelles at the Royal Bafokeng Stadium on Thursday.

The Seychelles finished the game with 10-men, Rashim Padayachy saw red for the Pirates just after the hour.

Benioit Marie forced Kevin Jean-Louis into an early save and the midfielder would have Mauritius' best chances throughout, notably sending his powerful 70th minute strike just wide.

Mauritius, though, would take control following Padayachy's dismissal in the 62nd minute, finally finding the winner with 85 minutes on the clock.

Sophie controlled the ball with his chest before firing his shot into the roof of net via the inside of the post from a tight angle.

The win relegates the Seychelles to the bottom of Group A.

Both teams exit the competition, with Namibia's 4-1 win over Zimbabwe sending the Brave Warriors through to the quarterfinals where they will take on defending champions Zambia.