Namibia, Madagascar in battle of the giant-killers 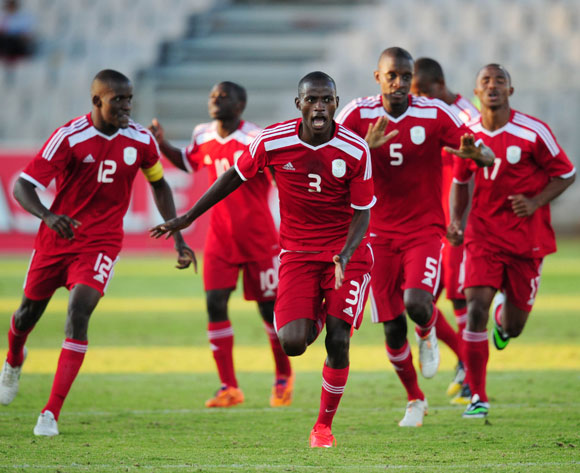 Namibia and Madagascar will both be looking to continue their fairy-tale runs in the 2015 Cosafa Cup when they meet in the first semifinal on Thursday. Kick-off at the Moruleng Stadium will be at 17h00 CAT.

Namibia have enjoyed a strong showing at the tournament thus far, topping Group A ahead of Zimbabwe, Mauritius and the Seychelles, before defeating reigning champions Zambia on penalties in the quarterfinals.

Madagascar have arguably been even more impressive, with the island ‘minnows’ topping Group B ahead of Swaziland, Lesotho and Tanzania before shocking Ghana 2-1 in the quarterfinals.

The Brave Warriors will be hoping to return to the Cosafa Cup final for the first time since 1997 and 1999 when they were runners-up, while Barea have matched their best showing in the tournament’s history (they ended fourth in 2008).

The teams have met in four previous official international matches according to FIFA statistics, with Madagascar claiming two wins compared to one victory for Namibia.

The teams’ last meetings were well over a decade ago: qualifiers for the 2002 Africa Cup of Nations that saw Namibia win 2-1 in Antananarivo before the return game in Windhoek produced a 2-2 draw.

The winners will face either Botswana or Mozambique in Saturday’s Cosafa Cup final.