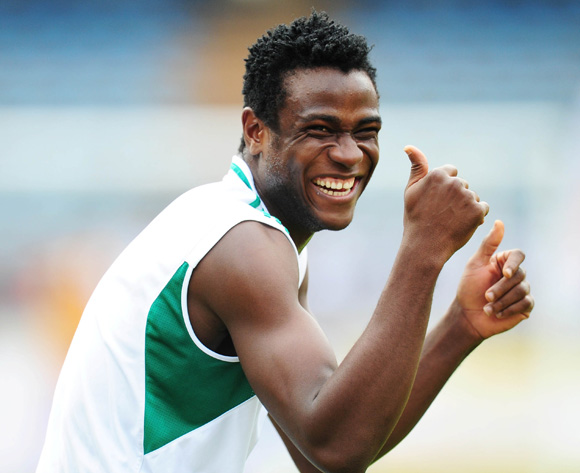 Striker Okechukwu Gabriel of non-league Water FC of Abuja is one of eight home-based players who will join 15 overseas-based pros for an AFCON 2017 qualifier at home against Chad.

Nigeria begin their campaign to qualify for the AFCON in Gabon when they host Chad on June 13 in Kaduna.

Gabriel was on the provisional squad for the FIFA U20 World Cup, but eventually did not make the cut.

He is a left-footed striker who is very lethal inside the box.

The other players from the domestic league retained from a training camp in Abuja are goalkeepers Daniel Akpeyi and Ikechukwu Ezenwa,defenders Azubuike Egwuekwe,Solomon Kwambe and Chima Akas, midfielder Bright Onyedikachi and striker Gbolahan Salami.

Meanwhile, Egwuekwe, Kwambe and Salami have been excused from the Eagles camp so that they could feature in a CAF Confederation Cup playoff match against AC Leopard of Congo.

The Congolese side won the first game at home 3-0.