Hearts in search of a miracle to oust Esperance 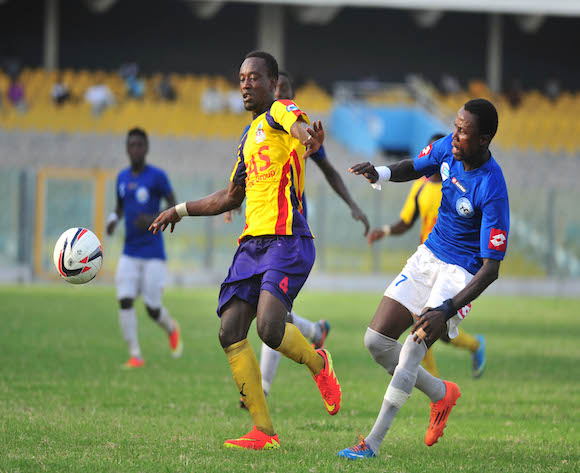 Hearts of Oak have been left with an almost impossible task of eliminating Esperance to reach the Group stage of the CAF Confederation Cup.

The Phobians must be at their sorcery best to overturn a 4-0 deficit from the first leg.

Esperance themselves haven’t been so ruthless having lost the Tunisian league title to Club Africain.

The Tunisian giants also failed to advance to latter stages of the CAF Champions league.

But Two goals from Nigerian Samuel Eduok either side of the half and a goal each from Ghanaian Harrison Afful and Chalali handed Esperance a heavy win over the competition’s maiden winners a fortnight ago.

But things have changed for the Blood and Gold.

Head coach Jose Manuel Ferreira left the team following the failure to win the league, a card which could play in favour of the hosts.

Key striker Yannick N’Djeng has travelled with the team but still remains to be seen if he is fit to play a part in the game.

For Hearts of Oak Burkinabe international Soulama is fit for the game after doubts of a shoulder injury.

Paul Acquah also trained very well in the last 48 hours and is fit for the game on Saturday.