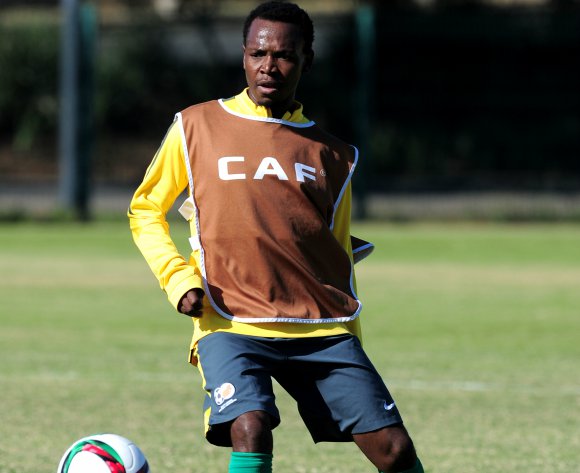 May Mahlangu of South Africa during the Bafana Bafana training session

Bafana Bafana midfielder May Mahlangu says it’s a great feeling to be back with the national team after being absent for a long time.

The Konyaspor player, in Turkey, has been absent in the national team set-up after being accused by coach Shakes Mashaba of lacking patriotism following his withdrawal in the national side, citing fatigue back in November last year.

MAHLANGU BANNED FROM BAFANA
However, the former Africa Stars Academy player said everyone is working towards getting a place in the starting XI.

“I’m delighted to be back and I’m looking forward to the match and playing with the guys,” said Mahlangu.

“I’m happy to be part of the mix of this group of players, the focus is on doing well. Let’s not talk about the past and look into the future, we’ve resolved the issues with the coach and I’m glad – we’re all positive about the result on Saturday’s game.

“Every players dream to help the country, as I said I’m happy to be back. I’m here to do what I have to do best.

“Everyone is working hard to be in the first team, nobody is special and the coach has told us that we need to work very hard to earn the place and wear the jersey with pride.

“So everyone is doing that and you’d see our training sessions we’re all giving 110 percent, I’m happy with what I’m seeing.”