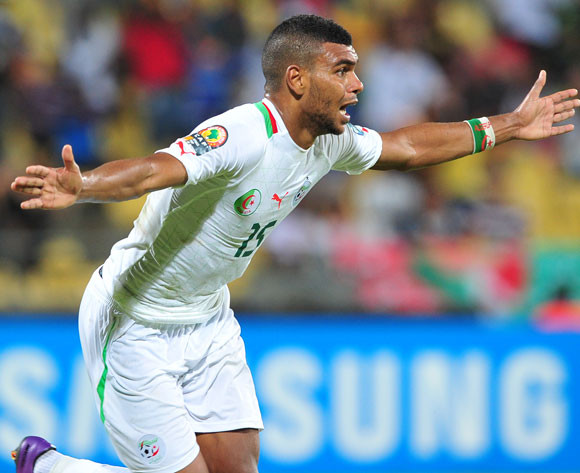 Algeria sealed a 4-0 thrashing of Seychelles in Blida on Saturday, as the two teams kicked off their 2017 AFCON qualifying campaign in Group J.

Goals from Islam Slimani and Nabil Bentaleb either side of a Hilal Soudani brace helped the ‘Fennecs’ to a convincing home win at Stade Mustapha Tchaker against a toothless opponent.

In the absence of star duo Sofiane Feghouli and Yacine Brahimi, national coach Christian Gourcuff put his faith in Ryad Boudebouz and Riyad Mahrez to give support to the striking pair of Hilal Soudani and Islam Slimani.

The latter broke the deadlock after 22 minutes of play, heading home a cross from left-back Faouzi Ghoulam.

It took the locals less than ten minutes to double their lead, with Soudani taking full advantage of a very poor clearance from the Seychelles keeper.

Soudani sealed a brace within two minutes of the restart, while Tottenham midfielder Nabil Bentaleb hammered the final nail into the minnows coffin in stoppage time.

The ‘Fennecs’ will try to keep their momentum going when they visit Lesotho in their next continental outing in September, while Seychelles will face another uphill task when they host Ethiopia.