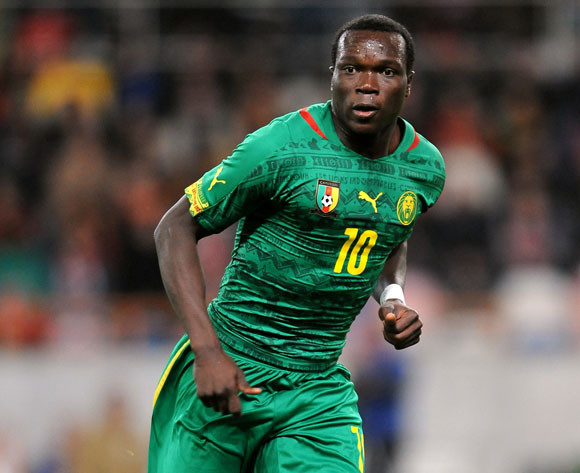 Cameroon claimed first place in their Group M of the 2017 Africa Cup of Nations qualifiers, following their 1-0 win over Mauritania in Yaoundé in their campaign opener on Sunday.

The Indomitable Lions are enjoying a two-point lead over South Africa and Gambia, who played out a goalless draw in Durban on Saturday.

To face the ‘Mourabitounes’, Cameroon coach Volker Finke put his faith in keeper Fabrice Ondoa and decided to pair skipper Stéphane Mbia with Nicolas Nkoulou at the heart of the defence in the absence of injured Aurélien Chedjou, with Ambroise Oyongo Bitolo and Henri Bedimo either side of the duo.

Eyong Enoh and Raoul Loé were put in charge of the hard work in the middle of the park, with wingers Benjamin Moukandjo and Clinton Njié in support of striking pair of Vincent Aboubakar and Léonard Kwekeu.

The Indomitable Lions clearly dominated the play in the first 45 minutes, but had to settle for a goalless draw at the break following a strong defensive performance from the visitors.

However, FC Porto striker Vincent Aboubacar lost a penalty appeal after being fouled inside the box by the Mauritanian keeper, before having a goal disallowed for an offside position.

But the former FC Lorient, Valenciennes and Coton Sport hitman took the sweetest of revenge when he finally broke the deadlock on the stroke of full time to hand the locals the full points.

The four-time African champions will travel to Gambia in September in their next continental outing, while Mauritania will play hosts to Bafana Bafana in Nouakchott.