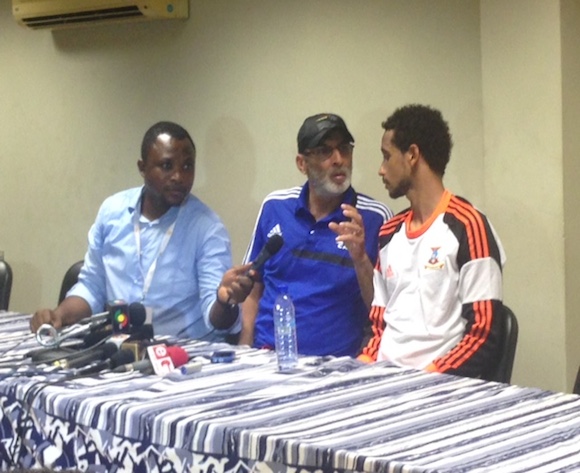 Interim coach of Mauritius Akbar Partel admits his side lost heavily to a stronger and more experienced Ghana side in their opening 2017 AFCON qualifier on Sunday.

The Black Stars impressed to beat the islanders 7-1 before a partying crowd at the Accra Sports Stadium.

The resounding win sounds a clear warning of intent as Avram Grant begins the campaign towards the task handed him to win the 2017 AFCON to be staged by Gabon.

Akbar Partel who had to step-in as interim coach of the side following the sacking of Didier Six admits his side faced a superior team in the Black Stars, hence the massive defeat.

“The strength of the Ghanaian team and the experience of their players made the difference today,” he said at the post-match press conference.

“In the first half, we were a bit unsettled. It took us time to get into the game and the two early goals put us out of the game.

“And it was easy for the Ghanaian team after the two [early] goals.

“If the score is a big one then I think it is because of the difference of the two teams today.”

Mauritius will now have to pick up the piece off this humiliating defeat ahead of their next Group H clash against Mozambique when the qualifiers resume in September.