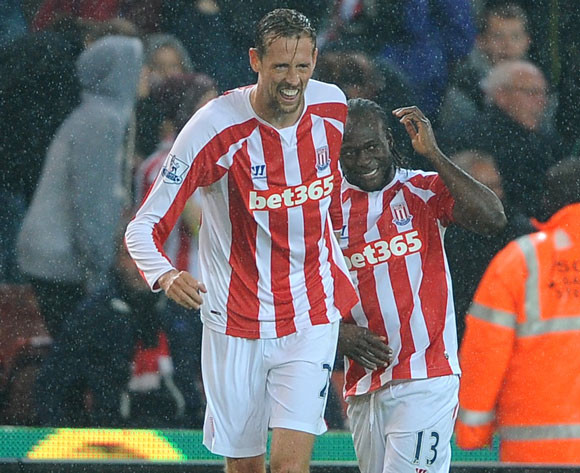 Stoke City will ask Chelsea to include Victor Moses in a deal that could see goalkeeper Asmir Begovic team up with the English Premier League champions.

Stoke City are expecting a formal bid from Chelsea for the goalkeeper and they are keen to see the Nigerian international included in the deal.

Chelsea are poised to sell Petr Cech to Arsenal this week and Begovic has emerged as a potential replacement, with an approach expected in the next few days.

A bid of £8 million pound is expected from Chelsea but Asmir Begovic may yet turn down the chance to join Chelsea because of his chance to play regular first-team football.

On the other hand, former Wigan Athletic winger Victor Moses impressed on loan at the Britannia
Stadium last season, scoring four goals in 23 games before a hamstring injury halted his progress.

Moses has played on loan in the last two seasons at Liverpool and Stoke City, and Chelsea boss Jose Mourinho may now consider selling him outrightly.