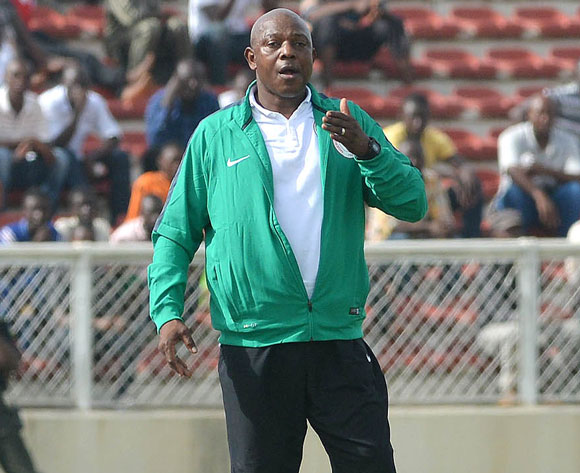 Super Eagles coach Stephen Keshi has pleaded with the Nigeria Football Federation to shun gossips and rather focus on the country's up coming AFCON qualifier in Tanzania.

Keshi made the plea after appearing before the NFF disciplinary committee led by Chris Green over allegations that he applied to handle Cote d’Ivoire.

Keshi, who stormed the NFF office in Abuja at exactly 11:54 am, headed straight for the conference room where he faced the Green-led disciplinary committee for almost two hours.

"Now, I think what we should be thinking of is how prepared we are to face and win our away match against Tanzania," Keshi said after the meeting.

“That should be our mission right now, not what media said about Keshi.

“We need to change from all this little gossips and all these stuff.

“We need to go ahead and forge a formidable team, which includes the press, the players, the NFF so that we can conquer the world and conquer the African continent.

“My focus right now is to prepare for the game against Tanzania.”

Nigeria will travel to Tanzania on September 5 in continuation of the 2017 AFCON qualifying tournament.

On his disciplinary hearing, Keshi refused to divulge details of what transpired between him and the committee.

“Like you guys know, I never applied for Cote d’Ivoire job.

“My name is in almost every nation. Should I then take countries like Ethiopia, Kenya, Tanzania to court?

“It happens to every coach. It is not a big deal.”