Cardoso: Joining Chiefs was a dream 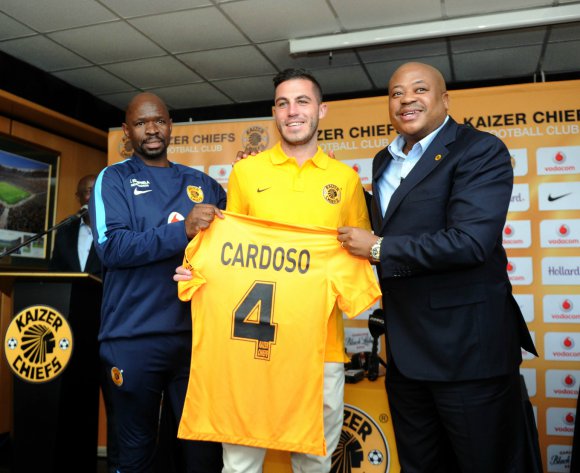 As one of the players that were unveiled by Kaizer Chiefs on Tuesday afternoon, defender Daniel Cardoso told African Football that joining Amakhosi was his dream and that the move will help him in so many ways.

The club’s football manager, Bobby Motaung announced the signings during a press briefing at Naturena on Tuesday morning where he also unveiled players such as Camaldine Abraw, Keegan Ritchie, Lucky Baloyi, Bongani Ndulula and a development product, Siboniso Ngcobo as well as Andisiwe Mtsila.

African Football broke the news that the ex-Ea Lla Koto man moved to Amakhosi on a three-year deal and the player revealed that he will be recognised as he joined the Soweto giants.

“I think my life will change financially, physically and I’m going to meet new challenges and will be recognised as a player,” said Cardoso.

“It’s a good thing for me, it’s something I always dreamed of when I was a small boy.”

When asked about his chances in the national team set up where he’s now in Johannesburg and playing for a big club in the country.

“I think it’s a better opportunity for me and if you look at bigger teams, if I can get game-time I’m sure I’ll make the Bafana squad, I can get every call-up,” added the 26-year-old.

“I’m not afraid of challenging for a place at club and national team level, I will just need to up my game at training and ensure I work hard.

“I want to play and I don’t want to be a back-up player, sit on the bench or in the stands – I want to prove my worth in South Africa and show that I have talent.”