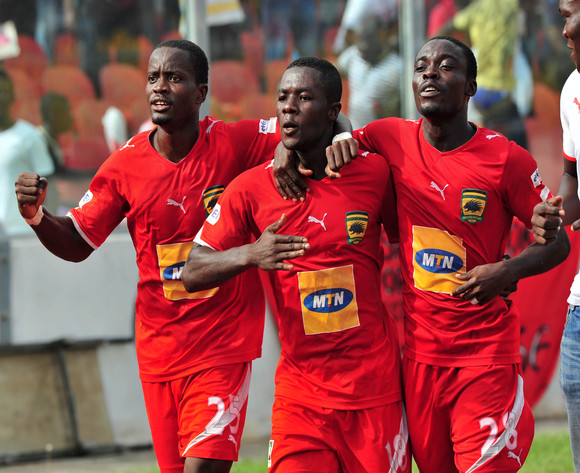 Holders Asante Kotoko reached the semi-final of the MTN FA Cup with a comprehensive 2-0 win over ten-man AshantiGold on Wednesday.

Kotoko came into the match determined to avoid a fourth defeat in five matches and were assertive.

They outclassed the league leaders and scored on five minutes but it was disallowed.

Goalkeeper Robert Dabuo was fouled in the run up to the goal.

On 43 minutes, Kotoko shot ahead through Owusu who celebrated his first goal for the club since joining the Porcupine Warriors this season from Berekum Chelsea.

Shortly after that, AshGold were reduced to ten men when striker Emmanuel Osei Baffour was marched off before the half-time whistle.

After the break, Kotoko looked superior and added the second just after the hour mark through Kusi.

Kotoko will face Aduana Stars next month at a yet-to-be determined destination.