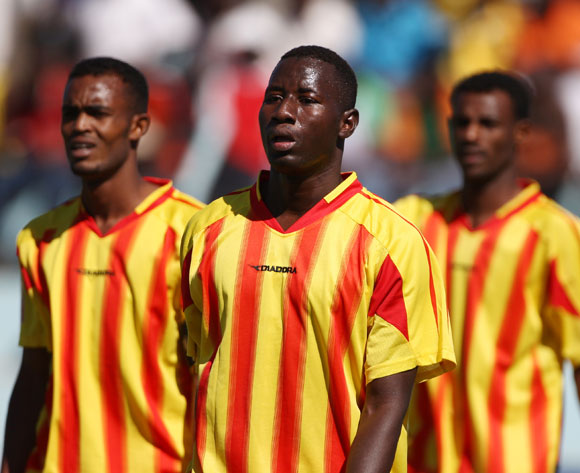 A first-half own goal by defender Adel namane and a second-half strike by Bakri Al Madina ensured El Merreikh walked away with the three points when they beat MC El Eulma by 2-0 in their CAF Champions League Group B tie at El Merreikh Stadium, in Omdurman on Friday night.

Following the victory, the Red Devils move to the top of the group with three points and two goals next to their name. However, this could change depending on the result in the Algerian derby between ES Setif and USM Alger on Saterday night.

The hosts took the lead when Eulma’s defender Adel Namane turned the hosts attack to his own net and conceded an own goal as early as the seventh minute.

Both sides went to the interval with the hosts enjoying a narrow lead, that they extended in the second half when Bakri Al Madina, assisted by Didier Libere, made it two towards the hour mark.

Coached by Cherif Hadjar, the visitors were dealt a huge blow when the unfortunate Namane, who had scored an own goal, received his marching orders in the 61st minute, which made it even more difficult for the Algerians to find their way back in the game.

The victory gives Diego Garzitto’s men an advantage as they will be on the road for their next assignment away to USM Alger in the second week of July.

On the other hand, the loss for MC El Eulma means they have to bag maximum points when they host fellow Algerian side Setif on 11 July.