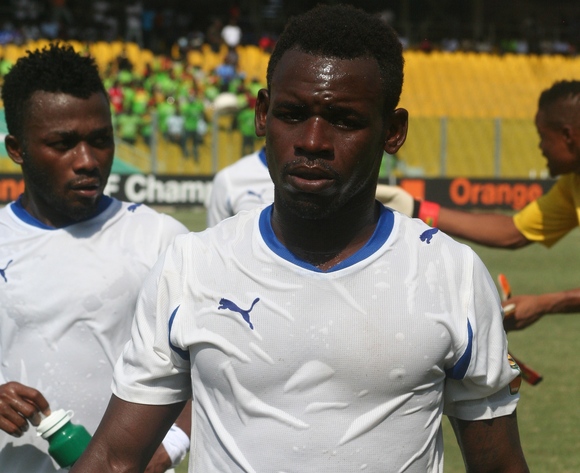 Ghana striker Emmanuel Clottey has been slapped with US$ 180,000 fine by FIFA for wrongfully terminating his contract with Tunisian side Esperance.

The world governing body ruled on Tuesday that the 27-year breached his contract when he signed for Ghanaian giants Asante Kotoko.

Clottey has been in legal tussle with the North African side over unpaid signing on fees and several financial rewards since joining from Berekum Chelsea in 2012.

He terminated his contract with Esperance to sign for Ghanaian powerhouse Asante Kotoko but FIFA has ruled that move was illegal.

He has thus been ordered to pay the amount to Esperance as compensation before he can continue with his career with the two-time African champions.

Clottey featured once for the Porcupine Warriors, which prompted the Ghana FA to freeze his involvement until the matter was resolved.

The latest news will be a massive blow to the player who has been anxious to kick-start his career with Kotoko after a rather difficult three-years in the doldrums.

Kotoko’s resolve to keep the player will now be heavily tested in the wake of the latest ruling as they will need to find money to offset the fine or leave him to his fate.