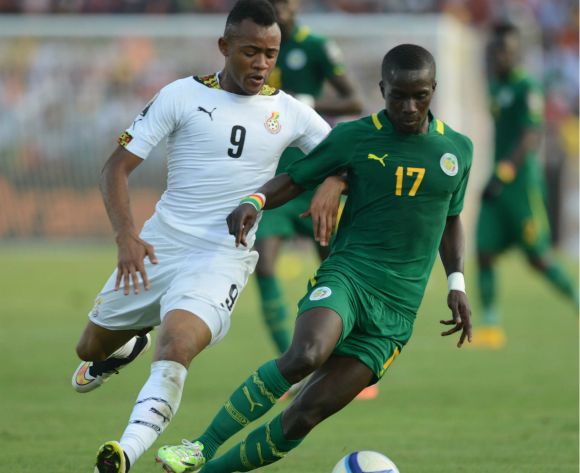 Villa's teammates Ayew and Gueye battling at the 2015 AFCON

Aston Villa have joined the race to sign Senegal midfielder Idrissa Gueye, with the Daily Mail reporting that they have made a £9million offer to his club Lille.

The 25-year-old was wanted by Southampton as a potential replacement for Morgan Schneiderlin (who is being targeted by bigger Premier League clubs), though he seems more likely to move to Olympique Marseille.

However, with a move to OM not yet nailed down, a fresh rush of bids came in from Villa, Crystal Palace, West Ham and Southampton again, with the clubs all hoping to hijack the transfer.

The Daily Mail reports that Villa director of recruitment Paddy Reilly was able to agree a fee with Lille, who need to agree to sell the player by today for financial reasons.

Gueye has been described by former France international and Senegal coach Alain Giresse as being “as good as Jean Tigana”.

Giresse, now coaching Mali, added: “Gueye has stature, he has a good sense of anticipation and responds quickly. He is precise in his use of the ball and has started to add goals to his game too.

“In the dressing room, he is quiet and discreet, he has a good state of mind, he is a competitor.”