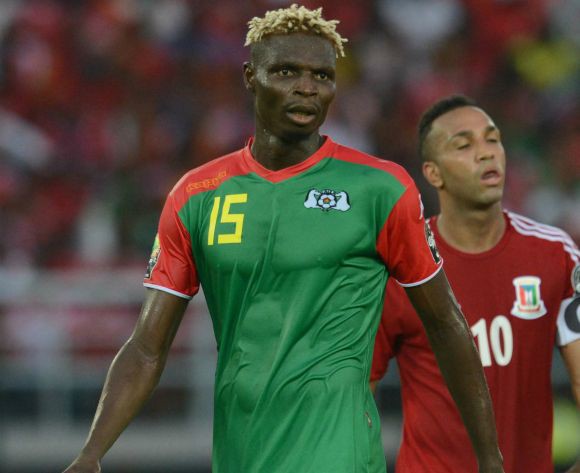 Reports that Burkina Faso striker Aristide Bance is a free agent and is in South Africa looking for a PSL team are off the mark as he is contracted in Kazakhstan until December and was in Paris just 13 hours ago!

According to an unnamed source in the local South African media, Bance was spotted in Cape Town this week and the talk is that he may join Chippa United or Ajax Cape Town.

African Football has touched base with the Burkina press, and they confirm that Bance has not returned to his club in Kazakhstan since their AFCON 2017 qualifier against Comoros, which adds fuel to the fire.

However, the local press also confirmed that Bance is not a free agent as his contract runs until December and any club interested, whether it be in South Africa or somewhere else, will have to pay his buy-out clause.

READ: Bance at his Kazakh club

It is also worth noting that Bance posted a photograph of himself in Paris at the Arc de Triomphe just 13 hours ago, which means it is highly unlikely that he is in South Africa right now.

SEE Bance in Paris 13 hours ago!