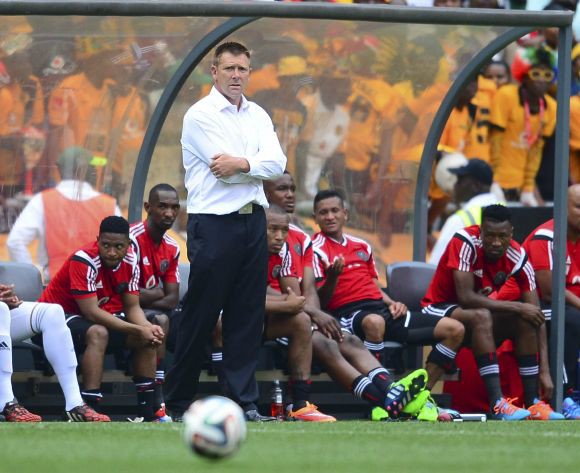 Orlando Pirates coach Eric Tinkler has said he wants to build a strong Buccaneers side as they aim to compete for trophies in the upcoming 2015/16 PSL season.

The Sea Robbers coach was speaking to the club’s website, saying their aim is to cut down the number of players.

“The point is to cut down the number of players to a more manageable squad of players for the new season and with the friendly matches we had against Bidvest Wits and Bloemfontein Celtic, we were able to achieve our objective,” said Tinkler.

“It was quite important for us to have a manageable squad in order to be able to give everyone a certain amount of attention and time, which is key if we want to have a successful season, especially with new players coming into the squad.

“We are happy with the composition of the squad so far. We will look to build a competitive squad from the group of players that we have.”

The club's official website revealed that Tinkler and his technical staff had to trim the Buccaneers squad of over 60 players ahead of their pre-season camp in Nelspruit.

The group of 34 players, which includes two unnamed trialists, headed off to Nelspruit earlier today for a two week pre-season camp.

The Buccaneers will host Zamalek this weekend at Mbombela Stadium in their CAF Confederation Cup group tie.