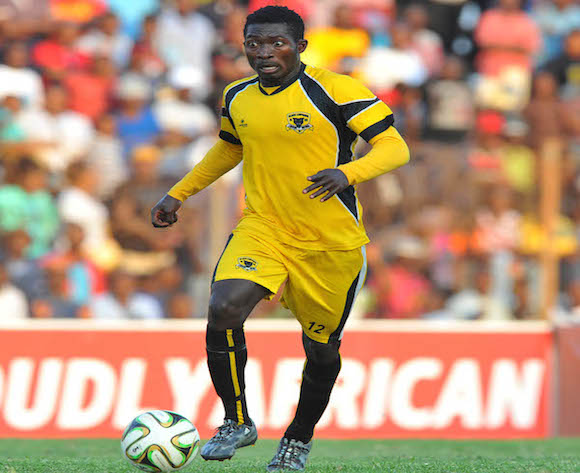 Abubakar Mumuni of Black Leopards during the PSL promotion play-off match between Black Leopards and Jomo Cosmos at the Thohoyandou Stadium in Limpopo, South Africa on May 17, 2015 ©Samuel Shivambu/BackpagePix

Ghanaian midfielder Mumuni Abubakar has joined Free State Stars for pre-season ahead of his expected move to the Premier Soccer League side.

Abubakar was in top form this season for Black Leopards in the National First Division where he helped them reach the playoff stage but missed out on qualification to the PSL by goal difference.

The former Ghana U20 captain was on loan at the Limpopo outfit in the 2013/2014 season and joined them permanently last season on a two year deal.

"I'm training with Free State Stars but there’s nothing concrete yet. There are talks going on and hopeful by next week something positive should happen," Abubakar told Africanfootball.com

Abubakar has struggled to shine abroad after winning the 2010/2011 Ghana Premier League Most Valuable Player.

He was first signed by Mamelodi Sundowns but lacked playing opportunities.