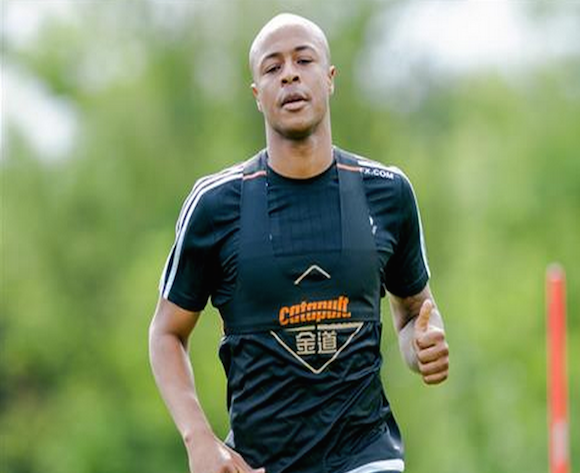 New signing Andre Ayew insists the whole of his native Ghana will be supporting Swansea this season in the English Premier League.

Ayew, who arrived on a free transfer from Marseille last month, believes the Swans will gain the backing of the entire 28 million Ghanaians.

The 25-year-old, who is the son of African football legend Abedi Pele, has starred at World Cups and in the African Cup of Nations for his home country.

And he has no doubt that his nation will get behind Monk’s men as they aim to build on last season’s record-breaking campaign.

“I have a really strong attachment to my brothers and sisters in Ghana,” said Ayew, who returned to Ghana’s capital Accra for a short holiday prior to the start of pre-season training.

“When I returned to Ghana I felt the warm welcome from all my people.

“They are people who really trust me, push me and want me to get to the highest level. I have been in the national team since I was 17 years old, so all of the Ghanaian people have seen me grow up as a person and as a player.

“From playing at Marseille to competing in the Champions League, World Cups, African Cups and now the best league in the world with a good team like Swansea - for them to see me get to this level today makes them feel very proud.

“They wanted me to go to the Premier League, and although I took this decision also for myself, I took it for a lot of people in my country because they wanted me to be here.

“Hopefully things will go well and we will have a great season.”