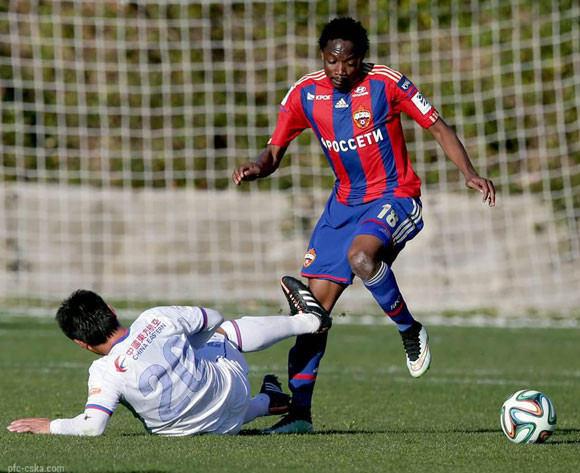 Nigeria international Ahmed Musa commenced the 2015/2016 season on a good note after he scored CSKA Moscow winner against Rubin Kazan in a Russian league opener on Saturday.

The away team were hoping to go home with at least a point from the game when the former VVV Venlo forward scored a brilliant goal in the 87th minute to send the home fans into jubilation.

Musa turned his marker inside the box after he received a pass from Eremenko and then powered past the Rubin Kazan goalkeeper.

Ahmed Musa told AfricanFootball.com he is delighted with this winning start.

"It was a tough game, I am so happy to score the goal, it was an important one for us as a team. The goal will definitely increase my confidence to score more goals as the league progresses," Musa told AfricanFootball.com

Last season, he scored 10 goals in the league for the Russian Army team.