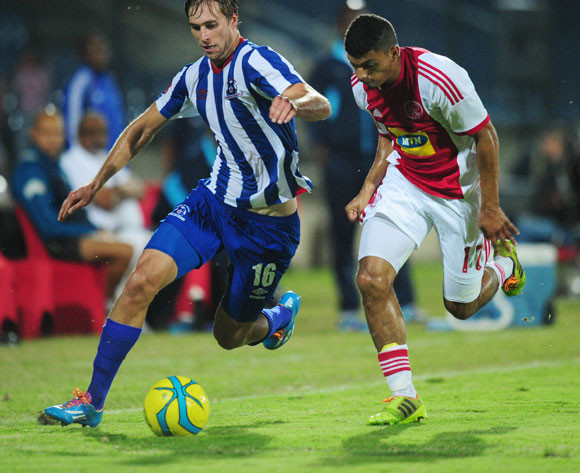 Ajax Cape Town head coach Roger de Sa has revealed that the club are keen on signing Rheece Evans as a replacement for the now Bidvest Wits right-back Nazeer Allie.

Evans featured for the Urban Warriors in a 2-0 win over Jomo Cosmos in the Etv Charity Showdown on Sunday, igniting rumours that he had penned a deal with the Cape outfit.

De Sa admitted that the club are interested in signing the 24-year old, but explained that Ajax have not signed the former Maritzburg United fullback just yet.

"Rheece only joined us [in training] two days ago, obviously we made contact with Sundowns and his agent, and they said he could come have a few sessions with us. Because we were travelling up to Johannesburg we got him to join us straight away and we are going to have a good look at him and obviously have a chat with Sundowns because it's a position we are lacking a bit following the departure of Nazeer Allie," said De Sa.

"It is still early days, we are trying to see if he likes us first and we will see how it goes from there."